These accusations can rarely be pitched at Land Rover’s product range though and that is partly down to one man: Gerry McGovern, who has just been named designer of the year at Grand Prix du Design during Festival Automobile International in Paris. A bit of background on the Coventry-born man. After cutting his teeth with Chrysler in the late 70s, he jumped ship to Austin Rover Group in the early 80s to head up the design of the MG F sports car and most significantly, the Land Rover Freelander, which would become Europe’s best-selling compact SUV for seven years.

After leading the creative team behind the third-generation Range Rover, he spent some time at Ford from 1999, but would return to Land Rover as director of advanced design in 2004 and design director from 2006.

Since then, he has played a key role in shaping some of the most important cars in Land Rover’s history.

This trend-setting compact SUV may be the smallest model in the Range Rover family but it is the most decorated Range Rover ever, with more than 200 awards to its name globally including ‘car of the year’ titles from Auto Express and Top Gear. 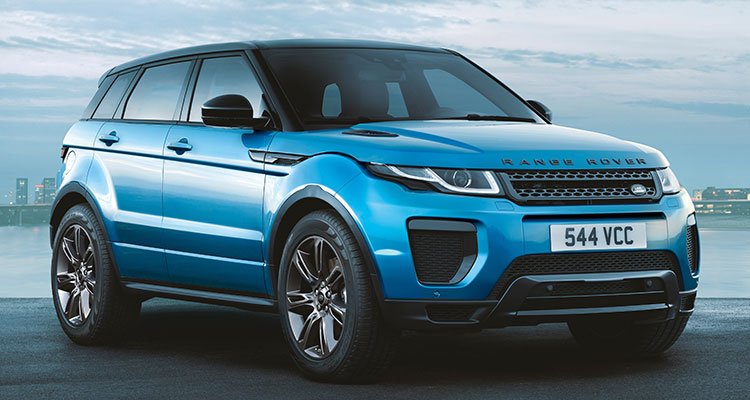 Aside from having the largest trophy cabinet of any Range Rover, it is quite possibly the sleekest SUV around, with a luscious swooping roof line and bubbly front-end. It has been linked to some equally glam celebs over the years too, like Victoria Beckham, Bond girl Naomie Harris and Zara Phillips.

The full-fat fourth-gen Range Rover was the final word in not only all-conquering SUVs, but also premium cruisers, when it arrived in 2012. You didn’t need to drive it to know it was such an unstoppable yet high-end machine, Gerry McGovern perfectly conveyed the car’s brute strength and elevated level of luxury with an exterior design told you everything you needed to know. The original Range Rover Sport wasn’t particularly, err, sporty. However, its follow-up addressed the shortcoming of the initial RR Sport by using the fourth-gen Range Rover as a starting point and not only meeting the brief, but surpassing it. Coming up with a big daft SUV like the Range Rover is perhaps an easier job than carving out a more shapely yet very capable off-roader like its Sport cousin – something that probably wouldn’t have been possible if it wasn’t for the Evoque. Expectations for the Discovery 4 were high and Gerry delivered yet again, essentially redefining the large SUV. That said, some trademark design features remained such as the stepped roofline, which appeared on previous Discos and provides an elegant solution to a practical need. This meant headroom for the third row was optimised and also accommodated the Discovery’s customary stadium seating configuration, with each row of seats positioned higher than the one in front, ensuring every seat is the best seat in the house. If those cars aren’t enough to convince you that Gerry McGovern is one of the greatest names in car design, then just check what Rémi Depoix, president of the Festival Automobile International, had to say when he handed Gerry the designer of the year award.

“One of his remarkable achievements is to adapt Land Rover’s DNA, a transformation that began with the Range Rover Evoque,” he commented.

“The British automotive industry has been reinvented in Gerry’s vision and Land Rover is an incredible success story.”