Things that were cool in the 80s aren’t typically as cool anymore. For example, Walkmans, oversized shoulder pads and big hair dos were all once the centre of attention but have now either evolved into something better or been left behind completely. Unfortunately, the Porsche 911 still clings to the grand reputation of what it used to be in its golden years. Nowadays, we are blessed with “new” iterations of the legendary 911 every few years or so, that just end up blending right into the pile of already existing identical models that Porsche has spewed out over the past few years. Although the car used to be the definition of cool, these recent models make us think that the 911 series has become a larger, more bulbous and overpriced shell of its former self. So, here are 5 reasons why we think the Porsche 911 is overrated:

1. Still being held back by its engine position

This car is incredibly fast. For instance the new 2017 model is capable of doing 0-62 mph in under 4 seconds and more importantly, it handles like a dream around a track. However, the 911 is being, and always has been, held back by its traditional engine position that has unfortunately become synonymous with the 911 brand name. 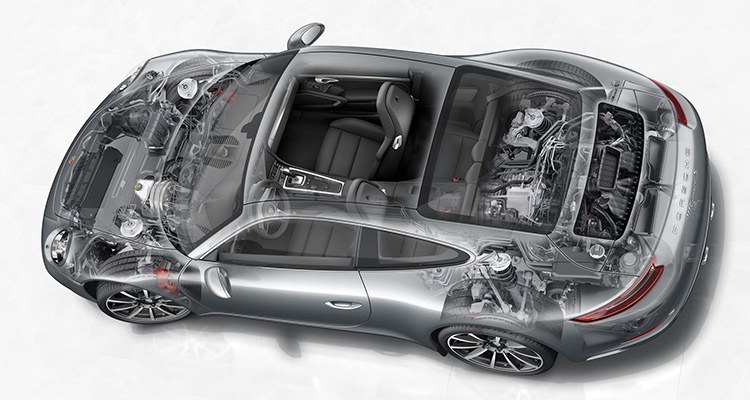 This is a shame as it’s obvious that the already fast car would be even faster if it had a mid-engine like so many other performance cars do. It’s common knowledge that a mid-engine will give the car a more balanced centre of gravity, granting it noticeably superior acceleration and handling. It just doesn’t make sense why, year after year, Porsche sticks with the same engine position it had 40 years ago, even when they full well know that they’re holding it back from its full potential.

2. It’s overpriced for what it is

The main problem with justifying the price of a Porsche 911 is that it doesn’t turn heads. With some of the new models reaching as high as £90,000 or even £100,000 with extras, it makes you ask if you’re getting good bang for your buck. Sure it’s lightning around a track, but at the end of the day no one is going to take a second look at your 911 as you drive past, unless you’ve got something like the bright orange GT3 RS with the huge spoiler. On top of an average-looking exterior, the interior is also pretty underwhelming and there are actually a handful of other cars out there that go almost as fast for around the same price or lower. To name a few, there’s the Nissan GT-R, Jaguar F-Type or even the Aston Martin Vantage or BMW i8. Although Porsche-lovers and loyalists will happily to spend close to £100k on the latest and fastest Porsche, it may be harder for more open-minded consumers to justify buying one. 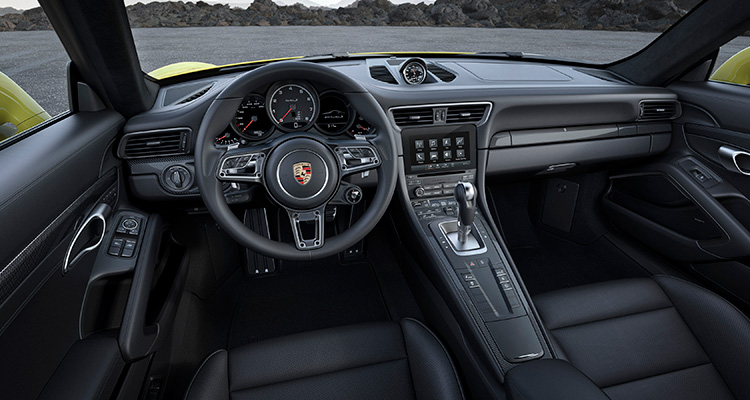 3. Recent iterations have been underwhelming

Comparing the 2012 model with the 2017 model is like playing a game of spot the difference. At a glance, some may think that it’s just the colour of the car that’s changed. But on further inspection, you can see they’ve changed much more such as the front bumper and…oh, that’s it 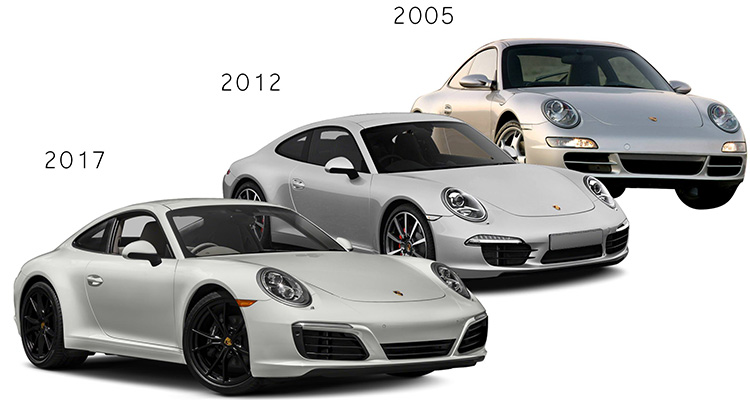 Many may argue that this is because all the “big” changes are implemented under the bonnet, or in the interior. Well, if we peek inside it becomes clear that the interior is largely untouched as well, apart from an updated infotainment system. Although, the power steering has recently been made to feel different, so at least we’ll be fooled into believing the car feels like a lot has changed when driving it! The cars haven’t changed enough over the last 5 years, nor have they over the past 10 or 15 years. That being said, the next generation 911 (2019 992 model) looks to be a little more adventurous with its changes, featuring a very different-looking rear bumper design. But until then, we’re stuck with a range of different models that all look the same. 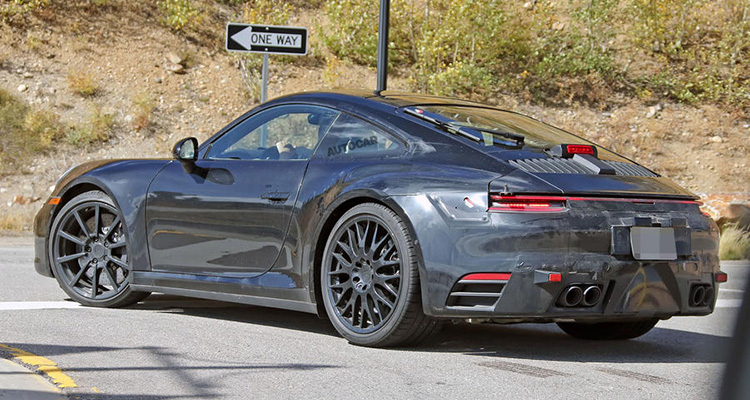 Most sports and supercars change drastically with each new model that’s released. This is definitely is not the case with Porsche. Take a look at the Ford GT and Aston Martin Vulcan, both of which have bravely ventured outside of their well-loved classic designs and gone into uncharted territory with great success. Unfortunately, it seems like Porsche is one of the manufacturers out there that are afraid to stray from what they’re comfortable with, creating the very same car each year with so few changes that you can count them on two hands. But if customers are happy to buy their “new” designs that have only added remarkably discreet tweaks and made the car a little bigger, then I guess Porsche is happy as well.

5. As many will agree, it’s not a real supercar.

The 911 does look spectacular, but park it next to something like a McLaren P1 or a Lamborghini Huracan and ask someone to pick the odd one out, the Porsche would be picked 9 times out of 10. 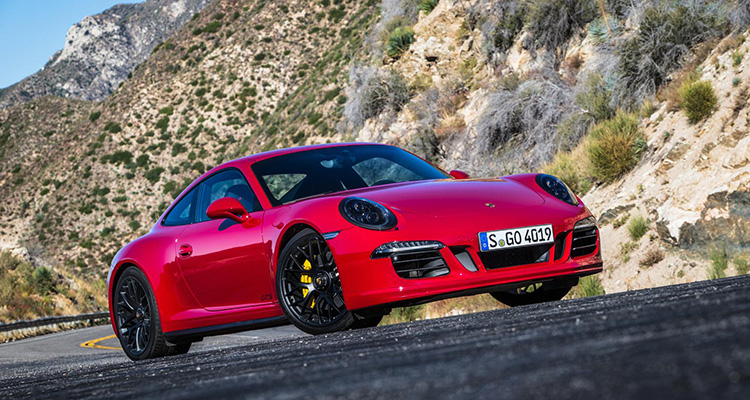 That’s because the other 2 cars are unanimously voted as supercars, whereas for 911s, only models like the Turbo/Turbo S, GT2 and GT3 RS come close to earning the title. This is because it’s commonly argued that Porsches are quite common and common-looking compared to other supercars. When you think supercar you think of rarity, ridiculous expense and general awkwardness when driving it on normal roads. It’s wrong, but just being as fast as a supercar, isn’t enough. Supercars need to be a symbol of flamboyance and rare enough that only a few can own them, rather than the masses and that’s not the case with the 911s.

So there it is, the reasons why we think Porsche 911s are overrated. Don’t get us wrong, they are great cars, just not as great as people say. They’re an amazing car to drive and offer a unique feeling an experience, but we have to stop overlooking its flaws. The idea of owning one sounds nice but when it comes to buying one yourself, you may find yourself having second thoughts.