When you think of the term “celebrity” you often associate the word with wealth, class, style and elegance. Our minds race to images of private jets, beautiful houses and spectacular cars. Well, after seeing some of the dreadful, grotesque barbarities that celebs have turned their cars into, your perception of celebrities may change… and your eyes may sting.

If you still believe that wealth and class go hand-in-hand, prepare to be proven wrong. Here’s a list of some of the worst, most tacky celebrity cars that have ever existed.

Let’s start with a name that everyone knows, Justin Bieber. Much like his behaviour, choice of clothing and his lifestyle as a whole, this particular car of his is excessively outrageous and ridiculous. Yes, he got it wrapped in a leopard print vinyl. I mean, could you make an R8 look any more tacky if you tried? But wait, you think that’s bad? Well there’s more… 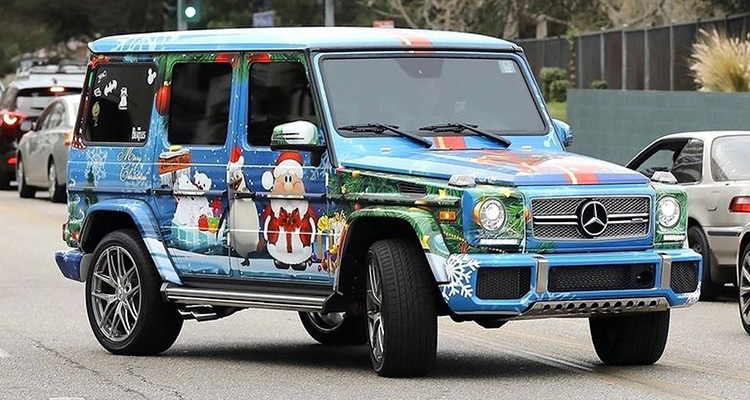 Hopefully the G wagon’s job was just a wrap as well, because my god if that’s an actual paint job that is just criminal. Not only does it look like a budget Christmas card from Card Factory, but also, he’s literally spent thousands on a wrap job that’s only relevant for 1 month of the entire year…

It’s a well known fact that celebs often have plastic surgery, but some take the plastic look a bit further by making their car look like a large scale Barbie toy. To name a few, there’s Paris Hilton, Nicki Minaj, Amber Rose and Mariah Carey, all making their otherwise awesome and expensive cars look more like a child’s plaything than a luxury car. 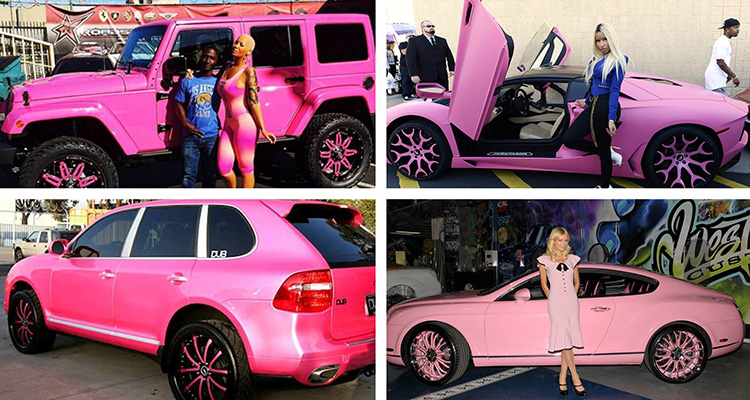 One positive we can derive from these pink atrocities is that the colour is great for one thing… I’m sure it acts as a great joy rider deterrent.

A while back, famous pop artist Chris Brown applied some pretty ghastly designs onto his Lamborghini Gallardos. One turning the exotic car into a Hot Wheels toy and the other design was a military jet themed arrangement. 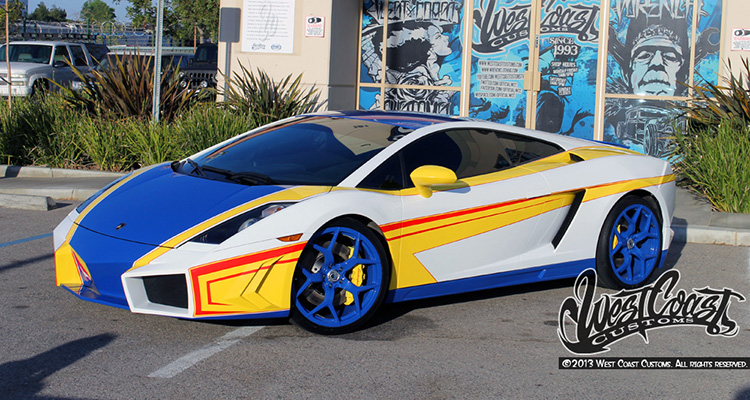 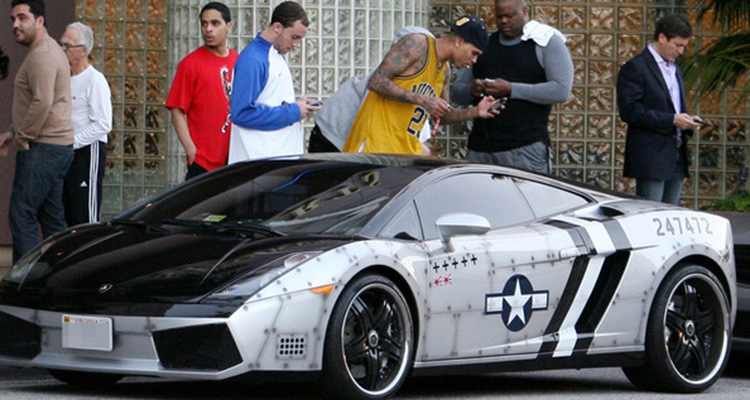 But if you think Chris Brown’s taste in car customisation is appalling, wait ‘til you see what famous DJ Deadmau5 has done with his fleet of motors. His victims: 1 Ferrari 458 Spider and 1 Lamborghini Huracan, both sufferers of the same abuse. 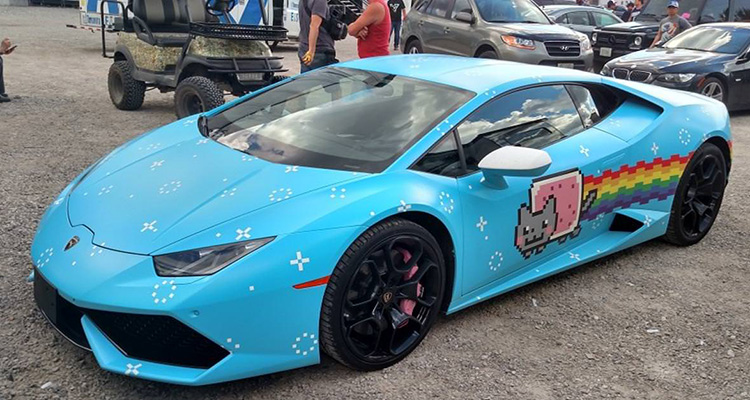 The funny thing is, Ferrari saw what he did and disliked it so much they formally ordered him to remove some of the elements of the design with an official cease and desist notice! There must be some justice in the world after all. 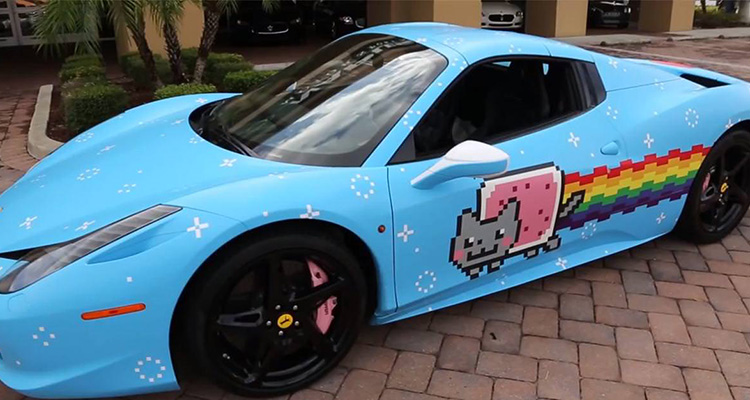 Now, LeBron James is known for his exceptional athletic talent and is considered one of the most successful basketballers around. However, all his Lamborghini Aventador says is that he’s still got the same taste in design as a 10 year old. However, we don’t know if LeBron genuinely thought this was a good looking design and was the one responsible for it or whether the whole thing was just a promotional brand deal with Nike. 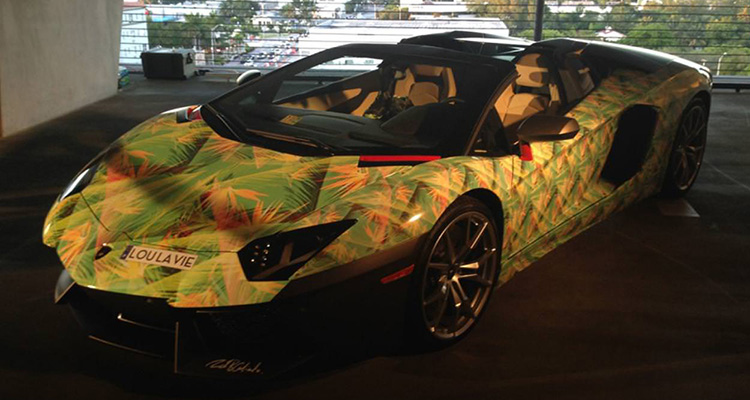 The design comes from the inside of Nike’s LeBron 11 trainers and the car was presented at an event which also had various displays of some of Nike’s shoes meaning the whole thing was set up for commercial gain. Still, no matter who’s responsible for this, Nike or LeBron James, they should be ashamed for ruining a car that costs as much as a house with what looks like a child’s bedroom wallpaper. 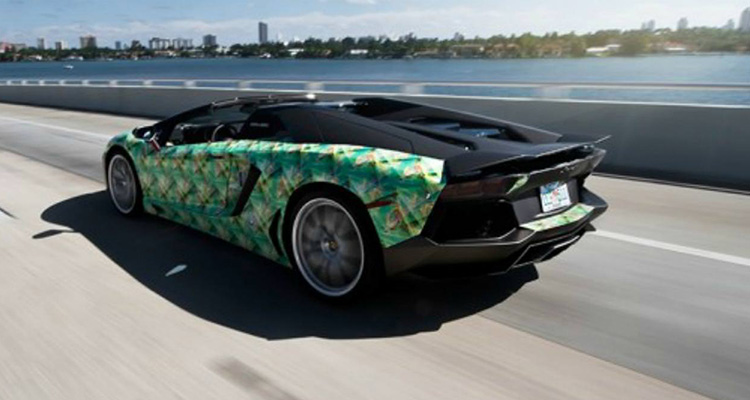 Our penultimate terrible celeb car is owned by the well known pop artist Flo Rida. This could be the worst of them all considering the sheer cost of the car. It’s a Bugatti Veyron, in gold… 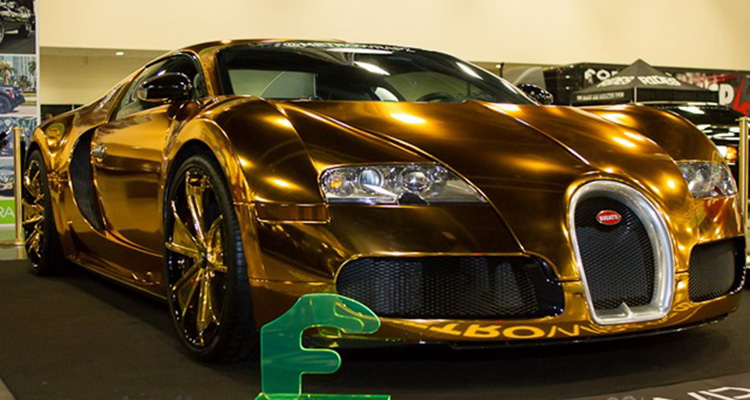 Logically speaking, making something gold should make it look more valuable and therefore more desirable. That is unfortunately not the case with cars and Flo Rida’s “bling bling” gold Bugatti proves this point.

Last but not least, Will.I.Am from The Black Eyed Peas has some rather unique vehicles that often turn heads, but not in a good way. One of his most well-known cars is the matte blue custom-made hot rod/classic, made by West Coast Customs and allegedly costing $900,00! 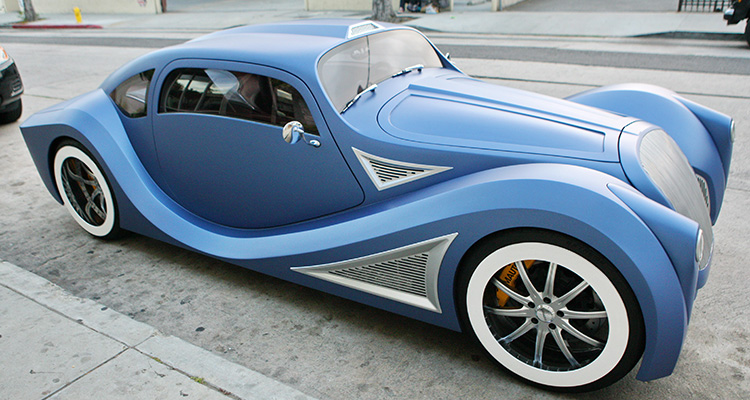 It’s a shame because if it wasn’t that ugly matte blue colour with the silver details, I think this car could have looked amazing. But that’s not the only motor monstrosity Will.I.Am has created. Straight out of his lab of horrors, he’s also birthed a custom DeLorean that shamelessly degrades and disregards the original. 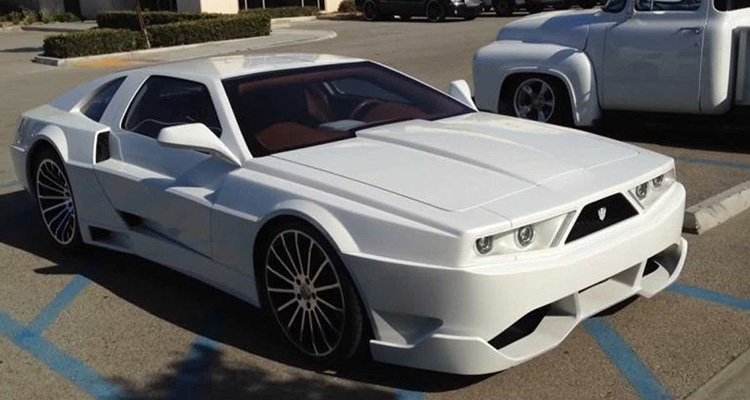 On top of the offence of ruining the iconic design of the DeLorean, Will.I.Am also had his car impounded due to the offence of driving without license plates. Once again, justice was served.

So there we have it, at the end of the day celebs are people too, meaning their taste in cars isn’t necessarily superior and in many cases, it’s much much worse.