The BMW i3 only has 2 downfalls, the rest is amazing!

You may think of the BMW i3 as just another ugly electric car, but you’re wrong. This car is so much more than the ugly duckling it appears to be. Despite it looking like a typical weird EV, this motor carries the BMW badge and just like the rest of their cars, the i3 does not disappoint by any means. The i3 is full of surprises and everyone who drives one will tell you that it’s exceeded all of their expectations. Full of technology, quality and speed, this little electric hatchback is brilliant enough to change the opinions of the most stubborn petrol-heads out there. 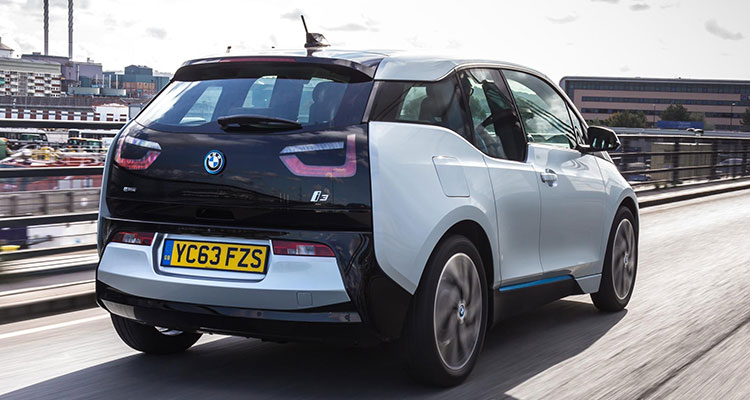 Firstly, let’s cover all the positive things about the i3 for all of those who still don’t quite understand it’s greatness. To start with, it’s much more affordable than you think. Although we may know it for its hefty price tag of around £30,000, this simply does not apply if you buy one used. Thanks to the depreciation that EVs suffer at the moment, you won’t find it hard at all to pick up a 2015 i3 for the bargain price of around £15,000. Although it may depreciate some more during the time you own it, you’ll probably be saving more than that on fuel costs anyway. 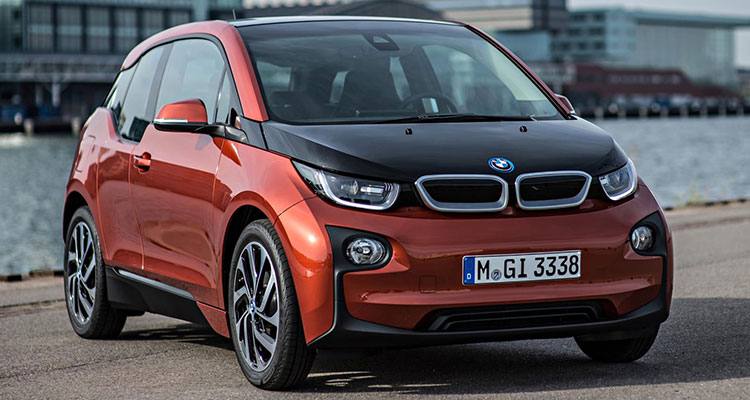 Secondly, we just have to talk about the tech that’s in this futuristic machine. We bet you didn’t know that the BMW i3 can be set to precondition its temperature to a specific departure time via a mobile app. With this car, you’ll no longer have to worry about getting into what feels like a hot oven on a summer’s day, or waiting for your windows to defrost on a frosty day. You can even set a departure time for every day of the week so that the car will be the right temperature before you set off for work each morning. How brilliant is that?! 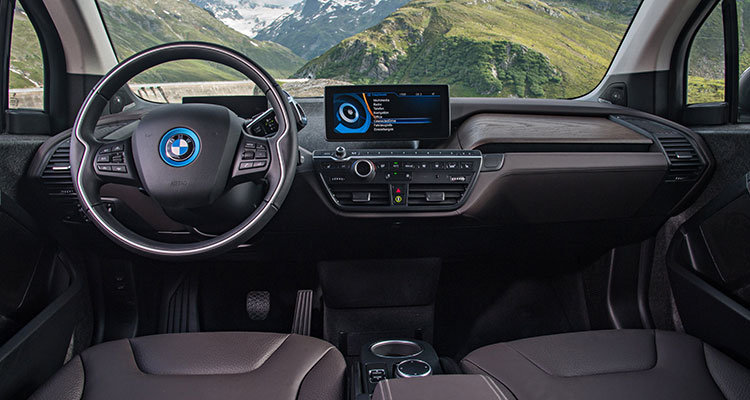 The technology doesn’t stop there. They’re capable of parking themselves, they also come with active cruise control which is great for stop-start traffic, rear parking camera, regenerative braking, heated mirrors and seats, sat-nav with real-time traffic info and they’ve got that little circle pad you can scribble letters on with your finger to spell out words on the infotainment system. The interior often comes with a wooden dashboard, some of them have leather seats and all of them feature a bit of exposed carbon fibre, which is what the car is made of. 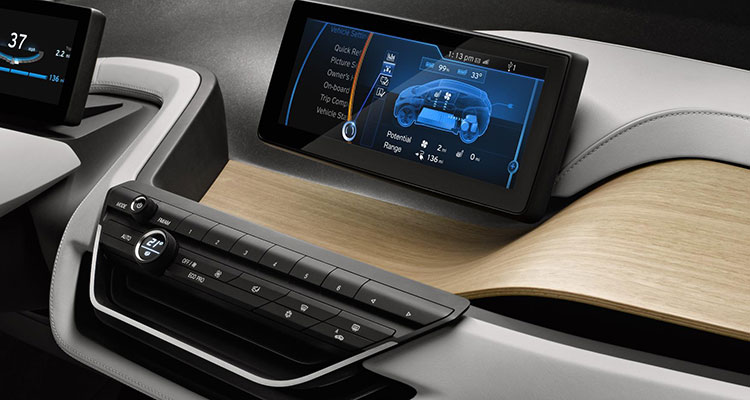 So, what are the 2 major things that are wrong with this car? Well, obviously one of them is the aesthetic of the car. It’s definitely an acquired taste, very much like Marmite. Although we love its style, some will say it looks like the i8’s ugly little brother, others will say it looks like a revival of the Audi A2, which (let’s face it) wasn’t exactly the most beautiful car ever made to say the least. The cherry on top of this ugly cake is the skinny bicycle-looking tyres that it wears. Despite these slim tyres, the i3 actually drives incredibly well and still feels like a BMW when you put your foot down and take the corners fast. So the tyres aren’t a performance issue at all, just an aesthetic one. 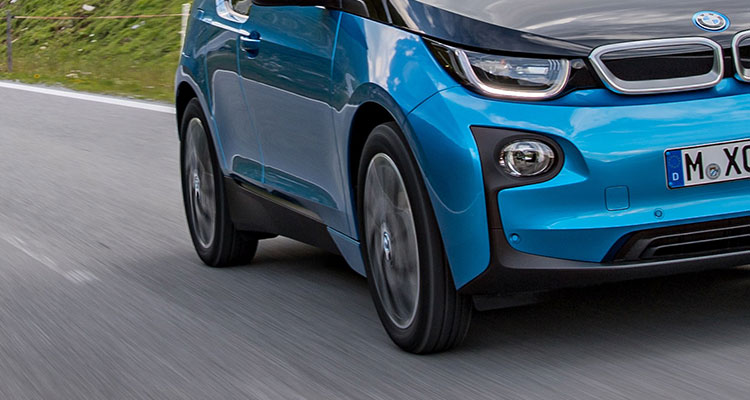 The second main problem with this car is the range of the BEV (battery electric vehicle) models. If you opt for the REX (range extender) model you get an extended range of about 160 miles, but if you keep topping up with petrol you could go for a lot longer. However, with the BEV model you’re restricted to the tiny radius of 80 miles, making long journeys an impossibility. 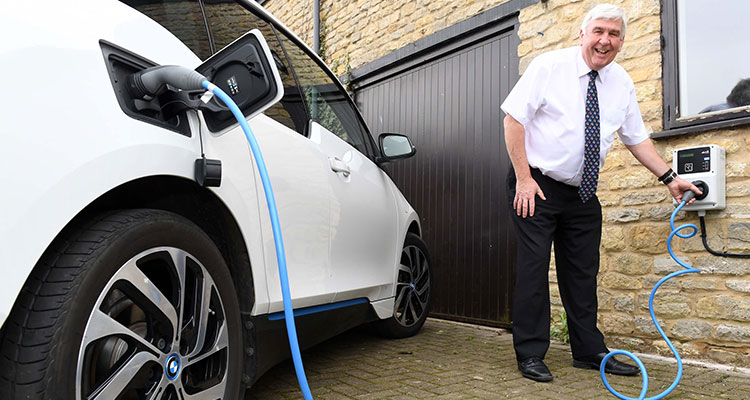 The problem with this is that the REX models cost more, weigh more (therefore are slower), the weight distribution won’t be 50/50 like in the BEV models and there’ll be more moving parts on them that could go wrong, making it potentially less reliable. Battery technology is improving fast, with BMW’s 2017 i3 featuring a larger 94 Ah battery which gives the car an improve range of about 115 miles, but that’s still not good enough, especially when you consider the scarcity of fast charging points dotted around the UK. 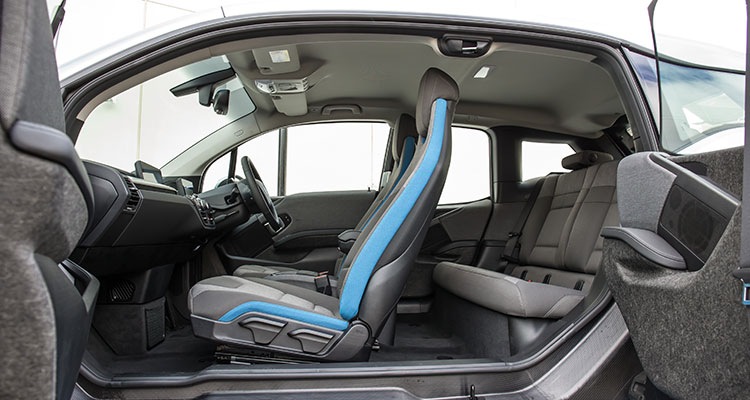 In spite of this, if range anxiety won’t be an issue for you, the i3 is an absolutely outstanding car. It certainly has its quirks, such as the suicide doors and the mobile app integration, but it’s not made for everyone. You have to remember that even though it’s got that calm Prius-look to it, it’s still a beast. Thanks to the instant torque, you’ll find yourself beating most cars from 0-30 mph and the 0-60 time of 7.1 seconds is also impressive. Furthermore, with it being battery powered, you can absolutely hammer it and not feel guilty for putting stress on the engine, while also spending £0 in fuel money.

If you’re still sceptical of this car, either drive one or listen to those who have. In fact, as a bonus, check out this video of a car thief talking about how cool the i3 he just stole is.

What are your opinions on the i3? Let us know!