No matter how hard we try to ignore it, electric cars are quickly becoming the future of to motoring world. With the government giving out incentives like no tomorrow and manufacturers slowly phasing into the electric era, there will soon be a time where it will make less sense to buy a petrol or diesel car than it will to buy an electric or hybrid. That time is now.

Here are 6 reasons why now is the time to go electric: 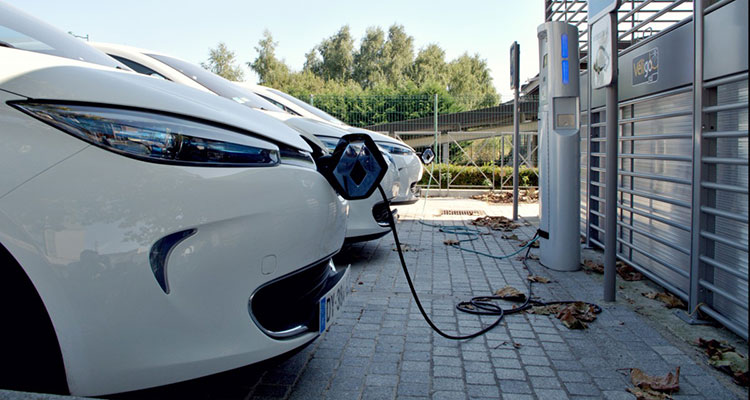 That’s right. Gone are the days of electric cars just being an expensive gimmick. EVs (electric vehicles) may be more expensive to buy but they’re much cheaper to run and will save you £1000s in no time. The money you’ll spend on electricity is only a fraction of what you would spend on petrol or diesel fuel, which is where you’ll save most of your money.

On top of that, maintenance costs are a bit lower as well, with fewer moving parts there’s less things that can go wrong and furthermore, there’s no road tax on zero emissions cars (unless it’s new and costs over £40,000), so once again, you’re saving. According to researchers at the University of Leeds, electric cars work out about 10% cheaper annually on average, compared to petrol and diesel cars. This includes depreciation, tax, fuel, insurance, maintenance and electricity costs.

Basically, the main message here is although the price tag of the car may seem like it’s a bit more expensive than a petrol/diesel equivalent car, you’ll save way more money in the long run making it cheaper overall. 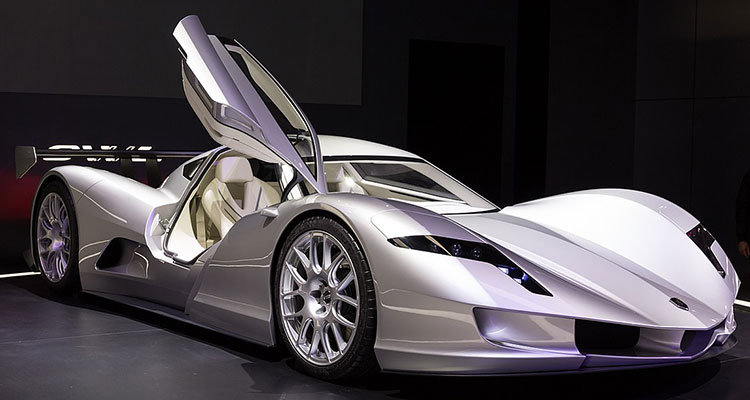 It’s a bold statement, but it’s becoming truer each year.

There’s a certain stigma around electric vehicles that suggests they’re tame, slow and boring. This could be because of the reputation the Prius gave hybrid cars, but we assure you this attitude is very outdated.

For example, the Tesla Roadster (2020) and Model S (a five door luxury saloon) can do 0-60 mph in 1.9 seconds and 2.4 seconds respectively. Both of these times put them in the top 10 of fastest accelerating production cars available.

It’s not just Tesla though, the Aspark Owl, a prototype electric supercar, is also capable of a 1.9 second 0-60 time. 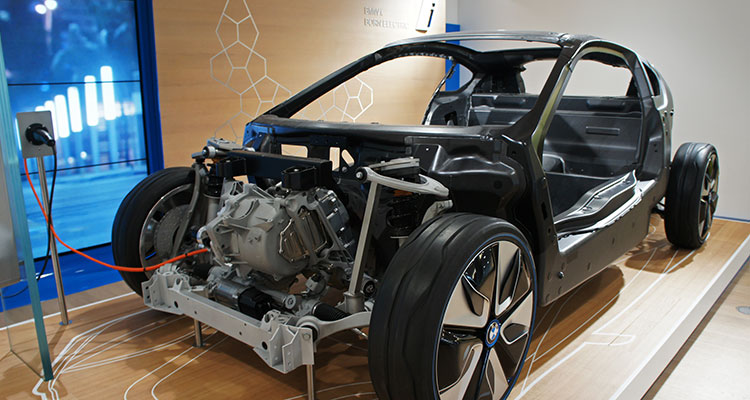 To put things into perspective, F1 cars generally do 0-60 mph in about 2.4 seconds. Considering manufacturers are only just starting to seriously push EV technology to the limits, these figures are pretty impressive and it can only get better as the years go on. The technology has got huge potential.

Hopefully, this information will change the way we think of EVs, not just as plain Prius-type cars for environmentalists, but also as incredibly powerful cars that can genuinely excite us.

3.The driving experience is much better 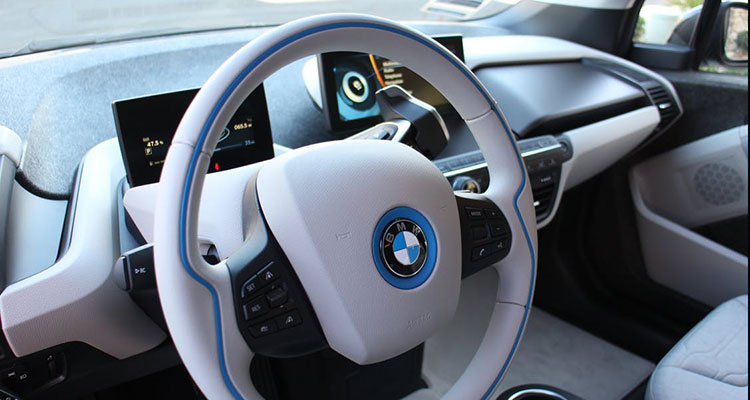 We believe that electric engines are the natural evolution of the automobile. With instant and unwaning torque from the second you put your foot down, you’ll find yourself beating most ICE (internal combustion engine) cars when the traffic light turns green. Not only will you accelerate faster, but also smoother thanks to there being no transmission.

The acceleration is smooth and constant, rather than jagged jumps through 1st, 2nd and 3rd gear.

As well as good acceleration, EVs produce virtually no engine noise. Sure it means that there will be no “roar” when you put your foot down, but it also means motorway journeys will no longer include the droning hum of the engine that makes it hard to have a conversation with the person next to you.

4.They’re supported by the government 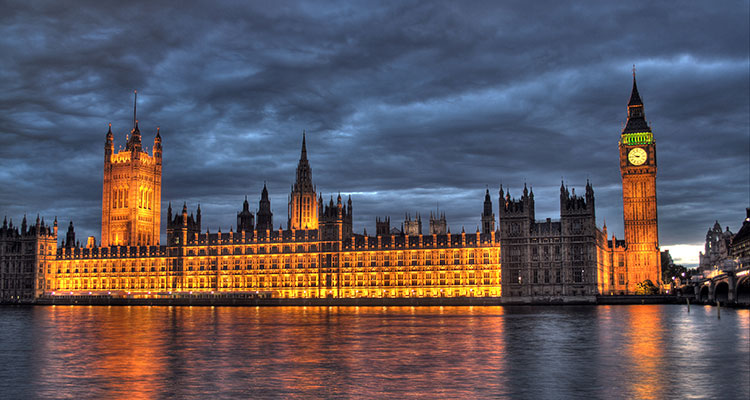 Something many people may not know about is that we could get up to £4,500 discounted from the purchase of an electric vehicle. If the car has zero CO2 emissions then you are entitled to a grant that will cover 35% of the cost of the car up to £4,500. If the car emits near-to-no CO2, such as the Prius, then it’s eligible for a smaller grant of up to £2,500.

Who knows how long our government will give out money like this, so you better take advantage of it soon.

5.There are some really cool electric cars available 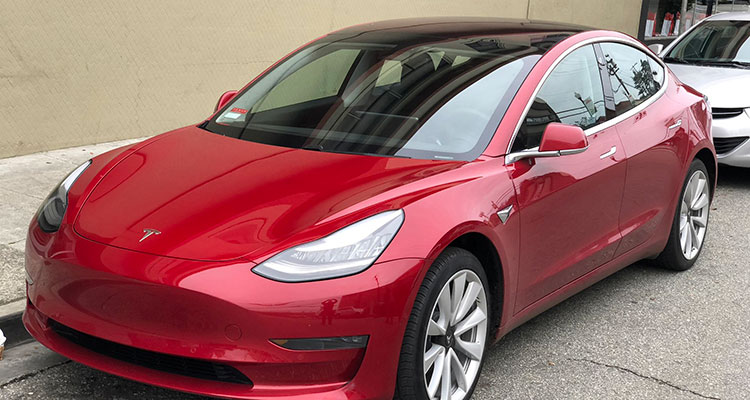 Tesla, the king of electric cars at the moment, has some truly amazing models available for purchase today. Take the Model 3 for instance. It comes with autopilot as standard, a 15” infotainment screen and loads of cool features like 3 steering modes, regenerative braking, built-in navigation, automatic emergency braking, a large sunroof, a phone app and more. All of that is priced at 35,000 USD (about £25,000).

All of Tesla’s cars are packed to the brim with features you’d expect to find in very expensive luxury cars and are all pretty reasonably priced considering. 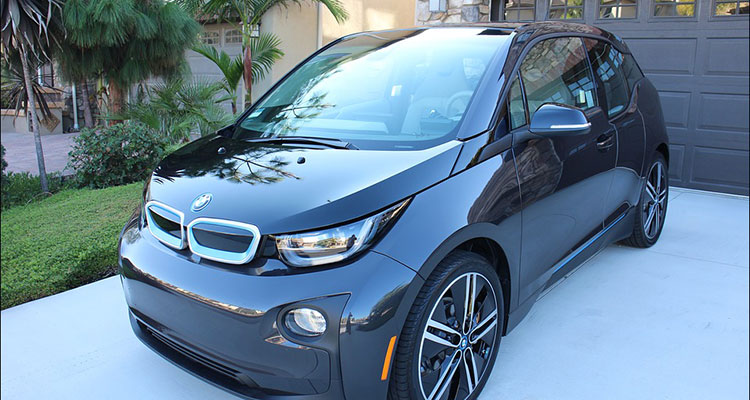 Along with Tesla’s range, there’s the brand new 4×4 Jaguar I pace, the spectacular BMW i8, Volkswagen’s e-Golf, Smart’s EQ range , the highly rated BMW i3 and the popular Nissan Leaf. All of these are fairly highly rated and this is just a sample of the full range of EVs available to buy today. 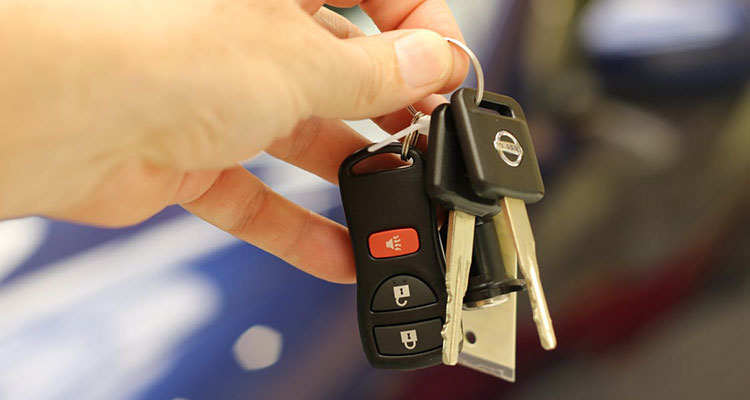 Electric cars are expensive to buy new, but buying them second hand is usually a different story. This is because they depreciate a lot, possibly due to low demand. This may sound like something to put you off, but actually, it’s perfect!

Firstly, this means you can pick one up for a great price. For example, BMW i3s sell for around £30,000 new, but second hand with only about 15,000 miles on the clock, they are knocked down to about £14,000, which is ridiculous (and great for buyers).

However, as electric vehicles become more and more popular over the next 5 years, it’s reasonable to expect them to depreciate a lot less as the demand rises. This means not only can you get a great deal now, but also get a great deal when you sell it years down the line. Yes, it’s a gamble, but the odds are good.

Find out why diesels are doomed, here!

Have we successfully converted you to an electric car believer? Let us know your thoughts on the debate.