The Eagle Squadrons were part of the Royal Air Force and were populated with American volunteer pilots. These squadrons operated in World War II just before the USA eventually entered into the war in 1941. The squadrons were partly the inspiration of Charles Sweeney, a London businessman, and partly the desire of American citizens to fight what they rightly saw as a world threat.

Sweeney originally began his recruitment campaign with the French Air Force prior to France succumbing to the German invasion. Upon the USA entering the war, the Eagle Squadrons were absorbed by the American Eighth Air Force (of the USAAF) and became the 4th Fighter Group. In this the RAF’s centenary year, Ford has decided to honour these brave men with the one-off Eagle Squadron Ford Mustang as a tribute to those that made up the three Eagle Squadrons. The unique Mustang is based on a heavily modified Mustang GT with a carbon-fibre wide-body kit and an impressive 700bhp – an increase of 256bhp over the GT thanks to a supercharger added to the 5-litre V8 engine. A Tactical Performance suspension kit helps to control all that power. Curiously enough, the original Mustang has its own connections with World War II aircraft, having been named after the P-51 Mustang fighter-bomber. The car comes courtesy of Vaughn Gittin Jnr’s RTR Vehicles (tuning) and Ford Performance, who have combined to produce this very special car, strikingly decked out in RAF wartime colours. The Mustang will appropriately debut at the Goodwood Festival of Speed on July 12. 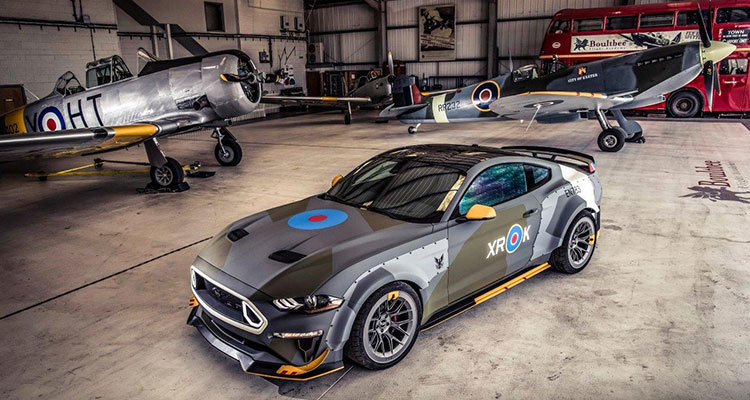 The festival is based at the Goodwood Motor Circuit, and within this large space is RAF Westhampnett, where many USA air squadrons were based during WWII. So it seems to be the perfect venue and will no doubt generate much interest in the real life Eagle Squadrons (there is also a film called Eagle Squadron made in 1942 based on the American pilots’ story and their involvement in the Battle of Britain and our coastal defences). On July 12, those lucky enough to be at Goodwood can see the one-off Mustang driven by world drifting champion Vaughn Gittin Jnr as he powers the Ford along the Duke of Richmond’s driveway which is just over a mile in length. This will be the only chance to see the Mustang in action – the rest of the festival will see it become a static object to garner admiration. It’s certainly been a good period for Ford and Mustang, as the Eagle Squadron model arrives hot on the heels of the very fine Steve McQueen Mustang Bullitt movie tribute announced earlier this year. 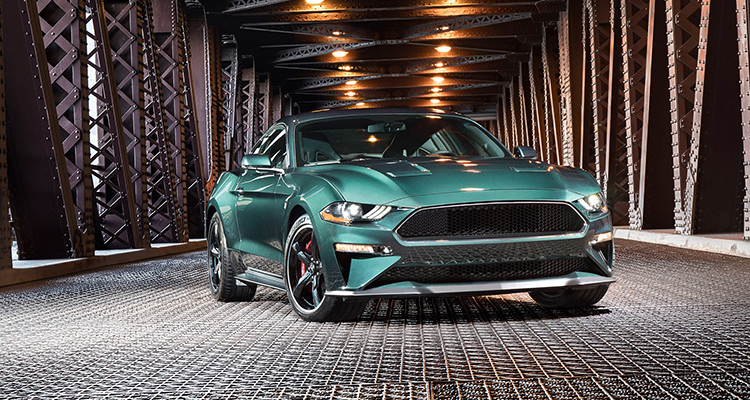 Following Goodwood, the Eagle Squadron Mustang will be put up for auction at the Experimental Aircraft Association’s AirVenture show in Oshkosh, Wisconsin at the end of July. So rather like the original Eagle Squadrons, the car will be in action for a whirlwind of a short time and will surely be remembered and appreciated for long after. Proceeds of the auction will go towards youth education programmes in the area.