The arrival of the original Nissan Leaf was a landmark moment for electric cars back in 2011. We’d seen electric cars before, but they were either shoddily built, laughably impractical or a nightmare to drive; sometimes all three. However, the Leaf changed all that, delivering style, practicality, a useful mileage range and a genuinely thrilling drive. 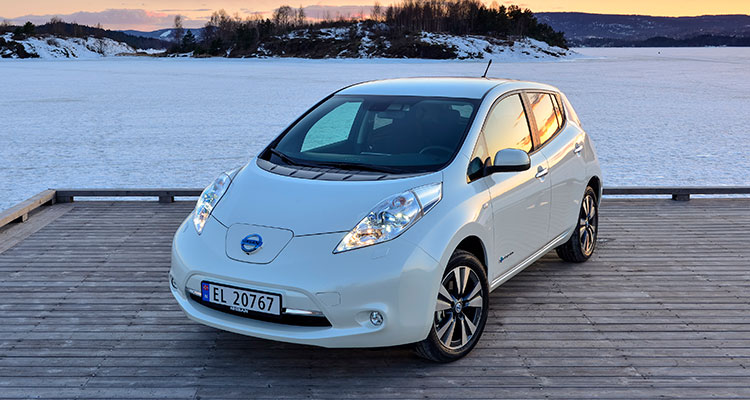 It was the world’s first mass-produced electric vehicle (EV) and it set the ball rolling for the electric revolution that forced virtually every mainstream car maker into offering models fuelled at least in part by a lithium-ion battery. 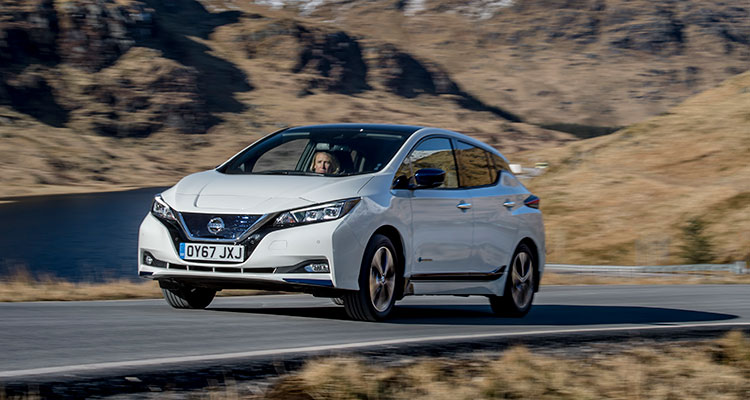 Seven years on, the Nissan Leaf has become a household name, even among those who don’t care about cars, and a second-generation model has just buzzed into showrooms. So how is the Leaf Mk2? We looked at some of the first drive reviews dotted around the internet to find out…

Auto Express awarded it four out of five stars, hailing the Leaf as impressive in “pretty much every area”, as well as praising its more useful – and thus more appealing – range and the amount of tech you get for your money. However, Auto Express didn’t think the Leaf was as appealing as VW’s e-Golf in terms of quality or style. 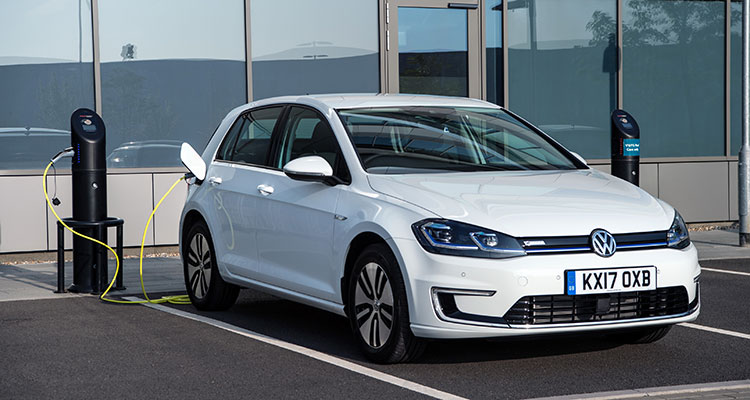 With prices starting from £21,990, the new Leaf is cheaper than the previous model and that isn’t the only thing that’s different – Nissan has used feedback from customers to carry out more than 100 changes to the car. 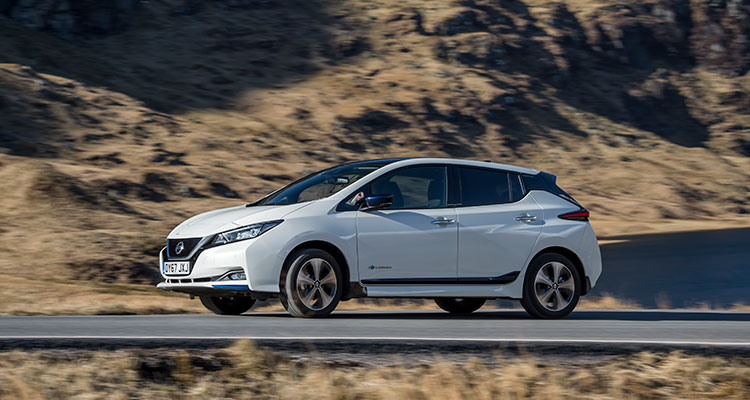 One of the most notable is how many miles you can drive on a single charge, which has jumped from around 125 to 235 (on the outgoing NEDC standard). Auto Express felt that figure was unrealistic, but added that 150 miles was easily achievable without really employing any eco-driving trickery. 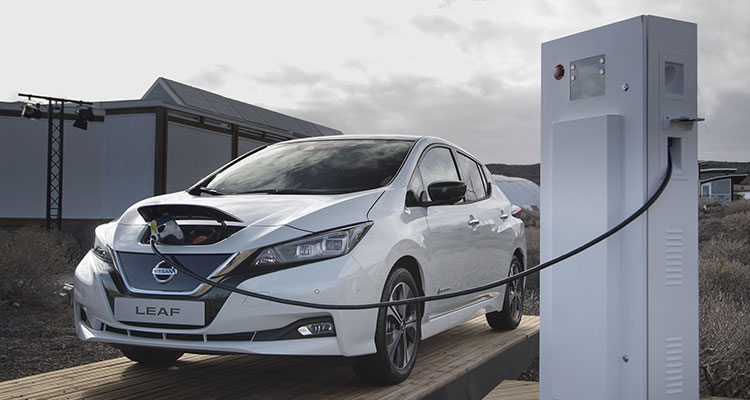 Recharging from empty on a household three-pin plug will take a ridiculous 21 hours, but that can be reduced to 7.5 hours on a home 7kW charger or you can obtain an 80 per cent charge in 40 minutes from a 50kW fast charger, Auto Express confirmed. Read more at Auto Express.

Top Gear said the Leaf was able to deliver enough range for most people and liked how it was affordable to buy and cheap to run. 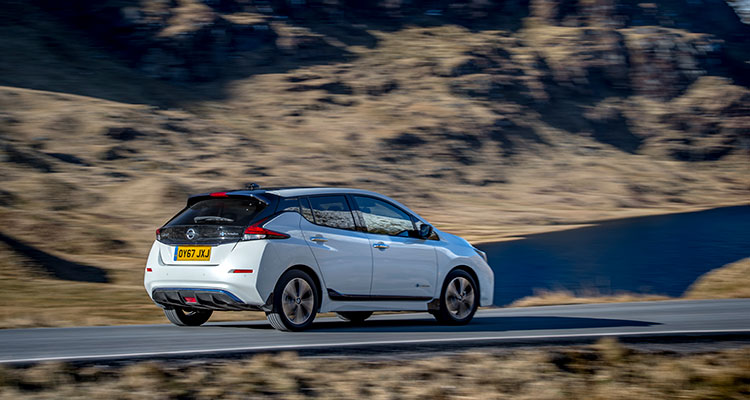 The Leaf’s eccentric style has been dialed back for the sequel, but Top Gear still considered its looks to be challenging. Out on the road, Top Gear described the Leaf’s drive as smooth, silent, relaxing and serene, but warned against trying to push its performance. 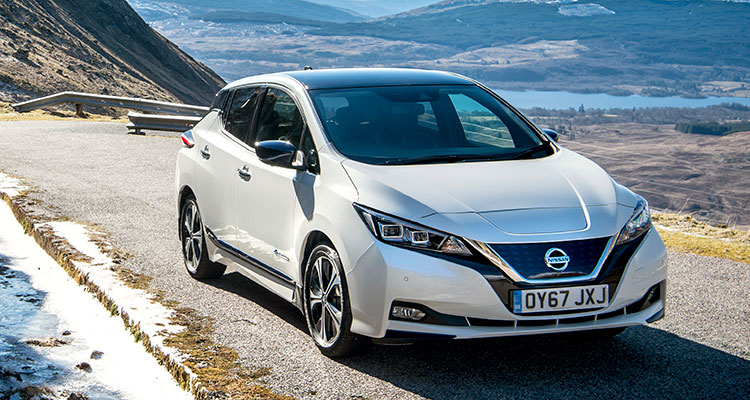 It noted: “Try and drive it like a GTI and it’ll push back at you [while] doing outside-lane [motorway] speeds drives a coach and horses through your range. Uphills do the same.” Top Gear drove the Leaf up a 2,400km mountain and was alarmed at how the car’s range fell drastically, but much of that range was recouped on the way down by regenerative kinetic technology. 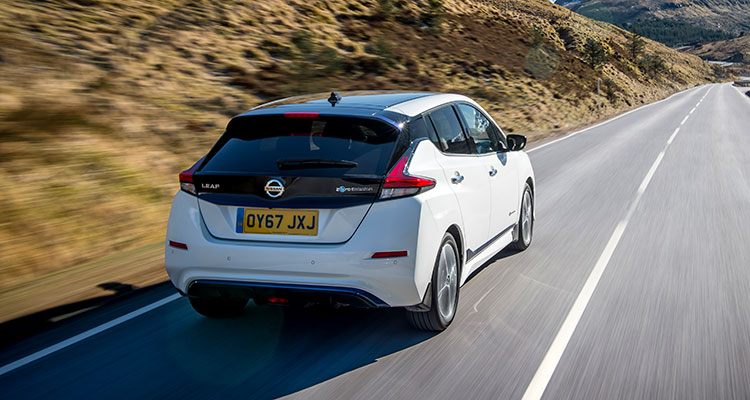 The Leaf wasn’t made for mountains, nor the track, and under the circumstances it was designed for, Top Gear had to admit that the car “hit a broad sweet spot of usability, likability and affordability”. Read more at Top Gear. 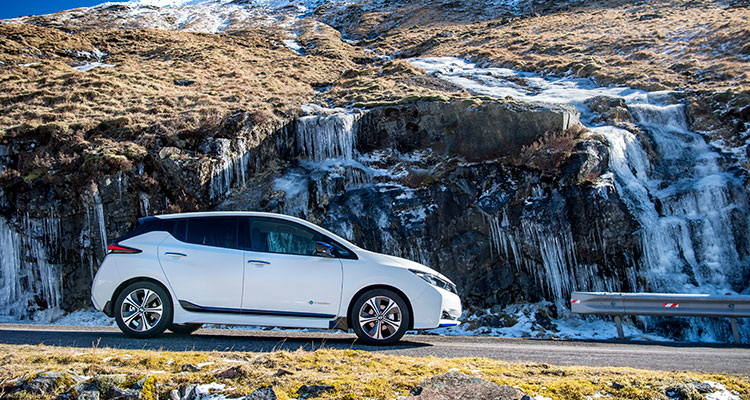 For NextGreenCar.com, the second-gen Leaf had regained the hatchback’s rightful place at the front of the EV pack. Reviewer Chris Lilly hailed the practicality, driving range, and overall package as “excellent”, and believes the model is “an EV that will meet the demands of many drivers looking at buying a family car”. Read more at New Green Car.

It would’ve been unreasonable to expect the new Leaf to have the same impact as the groundbreaking original.

However, with four-star reviews across the board, the Leaf remains one of the best electric hatchbacks out there.

Share your thoughts on the Leaf in the comments below!