When director Eugene Jarecki was putting together the idea of his movie, The King, the plan was to use Elvis Presley as a big all-American metaphor for the changing attitudes and social environment that is America today, compared with the America of the fifties and sixties – the birth of the American Dream. When Elvis’ original 1963 Rolls Royce came up for sale, the project took a unique turn and the film took on a unique look and feel. When Elvis bought the Rolls Phantom V it was to become his almost constant companion from which to view the world during his Hollywood period – a period where many would come to accuse Presley of losing touch with his roots and allowing himself to be manipulated into something that we all thought – or hoped – that he was not. 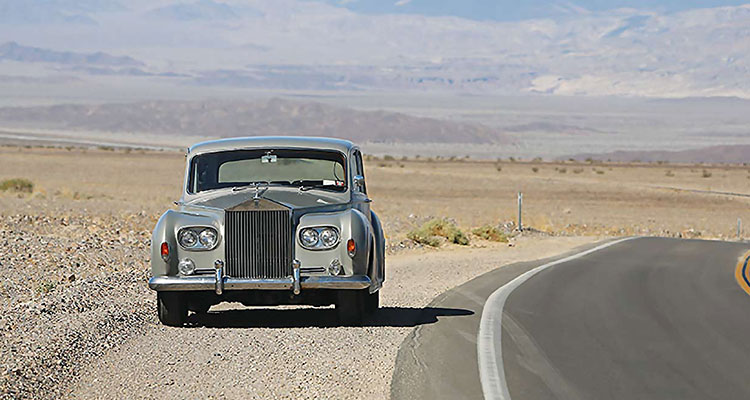 The car itself reveals a unique insight into the trappings of wealth and having money to burn. Fold down the armrest and you will find Elvis’ lead crystal shot glass plus bourbon decanter – and a clothes brush. An 8-track cassette player sits next to a red telephone with cryptic speed dial initials still in place. But more important and more poignant, is the idea that Elvis sat here, looking out of the windows at the America of the sixties at the height of his extraordinary fame. 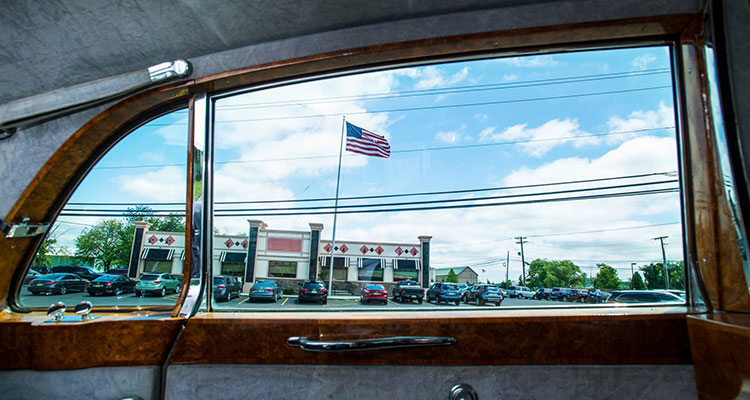 Several decades on, and we sit in a world where we can as easily be judged on what we don’t do as what we do – or shouldn’t. Now Elvis is being retrospectively judged on how he seemingly failed to react to the civil rights movement – something that is deemed relevant due to Elvis Presley’s initial fame being heavily based on his adaptation of black music for a mainstream audience in a time when this was simply not the done thing. It’s a subject that one of the stars of the film, rapper Chuck D (Public Enemy), has something to say on. Chuck D says that Elvis did a heroic and brave thing, playing black music in the USA of the 1950s – it is not appropriation. How he dealt with the trappings of this and of fame at the time can be paralleled with the fast cars, fast women and fast lifestyle of George Best a decade later – another pioneer that, with hindsight, would have benefited from someone somewhere knowing how such fame should successfully be managed. 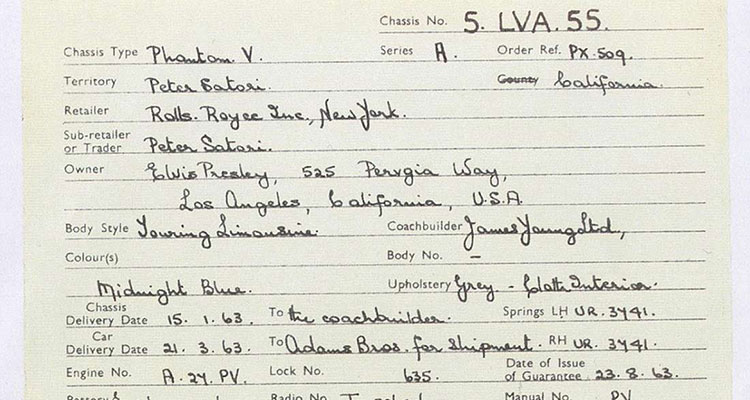 Jarecki’s movie, The King, is a road movie in which Elvis Presley’s Phantom V is driven across America, where luminaries and those with something to say suggest that we are now looking at the fading comet trail of the ‘American Dream’ – the metaphor that Jarecki had originally planned. Elvis’ shocking burst on to the music scene was a life giver to so many young, ambitious folk in America, but his own succumbing to the pressures of fame that pulled and pushed him away from those poor Mississippi roots mirror the demise of the great American Dream; the idea that everyone was equal and should have an equal opportunity to achieve their desired goals has arguably faded into a class system (where class is not supposed to exist) and wealth versus poverty. 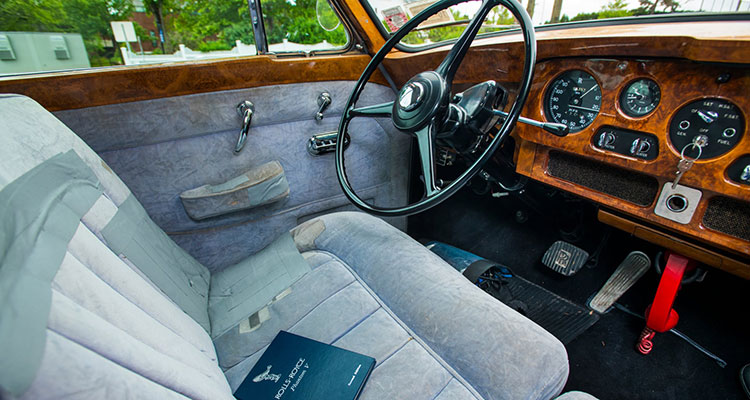 It was one of the film crew that told Eugene Jarecki that Elvis Presley’s 1963 Rolls Royce was coming up for auction, and the price was they thought, reasonable enough to purchase it – under one condition; that the car be sold on at the end of filming. Jarecki spent almost 3 years with the car, which he named ‘Gladys’ after Presley’s mother, and in which sat politicians, musicians and political commenters for around 12,000 miles. Jarecki found the selling of the car very emotional, he said that he found it laughable that he’d form any sort of attachment to such a car as a Rolls Royce, the embodiment of wealth and look-at-me money – yet he did. Equally, it seems absurd that the young Elvis that sang Hound Dog would end up in such a car, but he did. 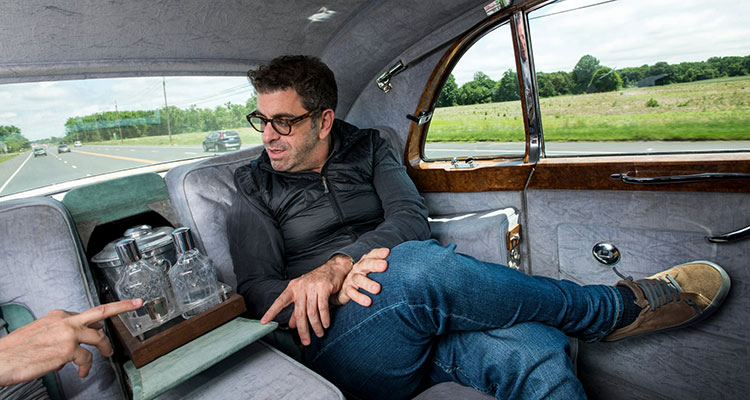 The Rolls Phantom was bought for the film for around $380,000 – around $80,000 more than the auction house had expected. When the 28-year old Elvis bought the car new in 1963, the car was custom-fitted with electric windows, that red telephone and even a microphone – it was delivered to Presley in original Midnight Blue colour. The Rolls Royce was shipped to coachbuilder James Young in the UK who fitted all the custom features, including an early form of air conditioning. The car was powered by a 6.2-litre engine and had a top speed of around 100mph with 200bhp. Jarecki also had the car semi-restored to cope with the extra mileage that would be put on the clock, though it did still give the film crew a few problems breaking down – welcome to classic car ownership! 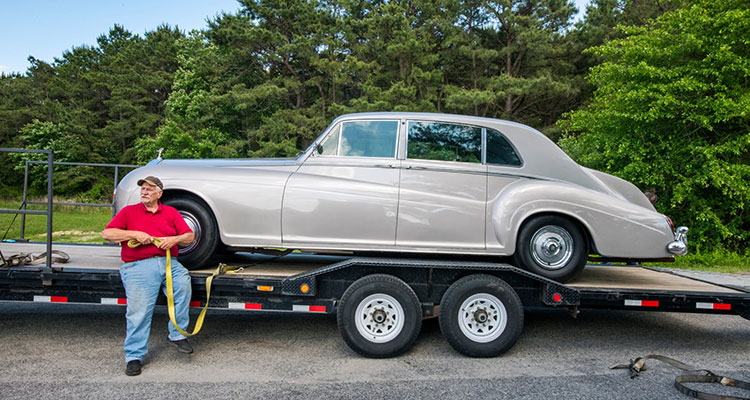 The King has been completed and is now available in UK cinemas, and the car has now been sold as agreed. The Rolls Royce Phantom V now resides at a Hard Rock casino, where the new owners had agreed to pay an additional $25,000 to the Stax Music Academy, which aims to encourage the next generation of great African-American musicians, something that was close to Elvis’ very big heart.