Goodwood is coming. We’ve highlighted some of the most exciting things set to appear at the 25th Goodwood Festival of Speed [see our preview here], but the line-up keeps on getting stronger with new reveals being confirmed even days before the event.

SUVs – especially fast SUVs – are very much the order of the day in 2018 and that’s precisely what have been added to the bill, with Jaguar confirmed to be bringing along the F-Pace SVR, while Alfa Romeo will be showing off its record-breaking Stelvio Quadrifoglio.

It’ll be the first time either model has been seen in public in the UK and both will show what they’re capable of on the famous 1.16-mile hillclimb when the event opens on July 12th. The F-Pace SVR combines SUV styling with sports car performance and can accelerate from 0-60mph in 4.1 seconds. Its Variable Valve Exhaust System is 6.6kg lighter than the unit on a standard F-Pace and pumps out the kind of soundtrack you’d expect from a 542bhp Jaguar designed and engineered by the brand’s Special Vehicle Operations (SVO) division. An uprated chassis and improved aerodynamics finish off what is sure to be a very special SUV. 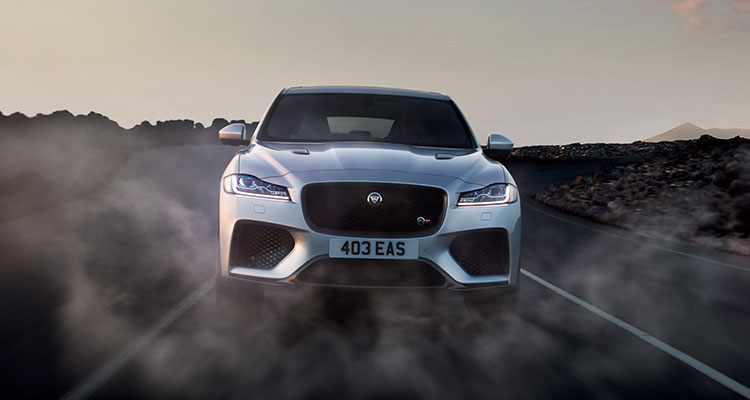 What about the Alfa though?

The Stelvio has been making lots of friends in its regular guise and it looks like it’ll do the same in its souped-up Quadrifoglio form too. Powered by the 503bhp 2.9-litre V6 Bi-Turbo engine, the Stelvio Quadrifoglio exploits its 600Nm of torque to blast off from zero to 62mph in 3.8 seconds and on to a top speed of 176mph.

It’s this kind of grunt that helped it win the title of the Nurburgring’s fastest SUV, completing the 20.832km-Nordschleife circuit in seven minutes and 51.7 seconds. The Goodwood Festival of Speed – one of the world’s largest outdoor automotive events – celebrates its 25th anniversary in 2018. More than 600 cars and motorbikes will be taking part in the event with some of motor racing’s most legendary personalities and world-famous celebrities in attendance.

Find out what else will be there in our special preview