We normally think of an adapted Volkswagen Beetle when we think of the beach Buggy, but VW didn’t have exclusive rights. The 594cc Fiat 500 Jolly Ghia was a limited edition, wicker seated roofless version of the 500 that graced the swinging sixties for an all too brief moment in time. In Italy it was known as ‘La Spiaggina’, which roughly translates as ‘beach-esq’ or beach-ette’, though universally it was known as the Jolly, (‘Joker’). Whereas now a car might be upgraded with extra carbon-fibre extras, the Jolly could be upgraded with – extra wicker. How times change… 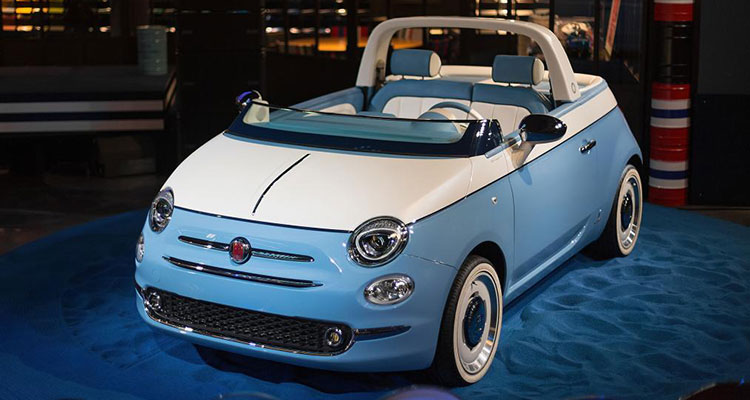 Change they might, but it’s great news to hear that Pininfarina and Garage Italia have got together to produce a modern version of the Jolly in the form of an all new Fiat 500 Spiaggina Beach Buggy that is set for actual production rather than becoming just a concept oddity that everyone wants. Like the Mini, in the sixties the original Spiaggina was the car to be seen in if you were a cool celebrity or VIP embracing the modern swinging sixties. Now Fiat is hoping to create the same sort of fun vibe with the new Spiaggina Fiat 500. 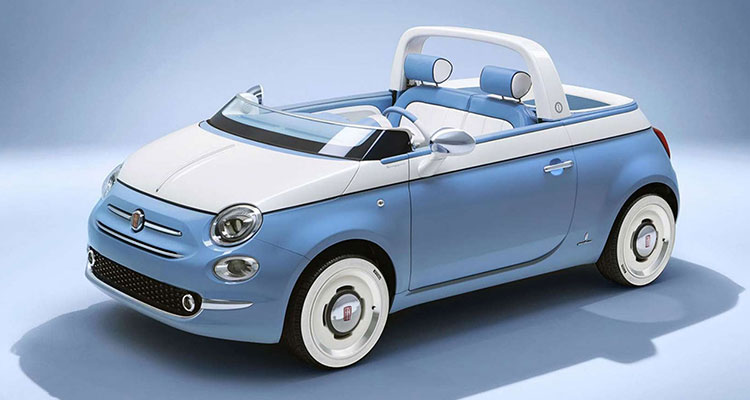 There’s still something of the golf buggy or Noddy car about it, despite the passing of around half a century, but this modern Fiat Beach Buggy looks far less awkward than its predecessor. A bench seat replaces the standard individual seating arrangement and sits in a waterproofed cabin area – peace of mind for anyone using it as intended, or just living in the UK. The colouring is all about the coast and the sea, in cool sky blue and pearl white with plenty of chrome trim. You can even pre-order your Spiaggina with a cropped windscreen (like a speedboat) – but I’d say you need to be pretty confident you won’t be taking this version on long journeys unless you’re happy about arriving with flies between your teeth. It’s actually the 60th anniversary of the original Spiaggina, so there is some solid logic behind all this (though you might be forgiven for wondering what took them so long, seeing as the incredibly popular new Fiat 500 has been with us now since 2007). 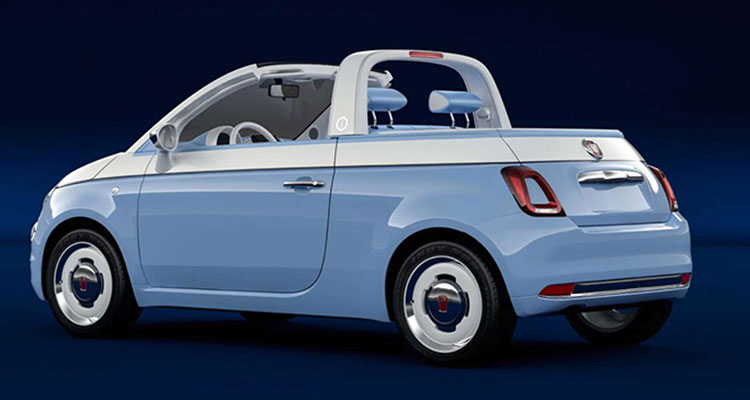 Pininfarina has been responsible for making the chassis and bodywork stiff enough to forego a roof (and note that leather encased rollbar), while Garage Italia – owned by Lapo Elkann, the grandson of the once Fiat CEO, Gianni Agnelli – has put together the design we see. While the original could just about be classed as a 4-seater, wisely the new design doesn’t bother with rear seats, allowing the 2-seater to be graced with a yacht-inspired storage compartment lined with cork. I guess this one thing sums up what separates a Fiat Beach Buggy from a VW Beach Buggy – while both embrace the sun, sand and sea, the former looks towards yacht owners, while the latter has always looked towards surfboard owners. Somehow, Garage Italia and Pininfarina have even managed to squeeze in an on-board shower to remove all that sand after a long day on the beach. 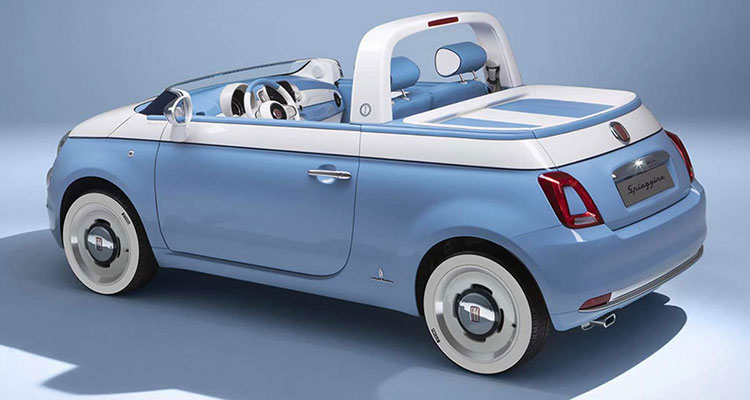 If this, and our never-ending Mediterranean weather in the UK, has inspired you, then the Spiaggina Fiat 500 will be built to order with any currently available Fiat 500 engine (Abarth anyone?) – though get in quick, as the run will be limited to 1,958 model units. The Fiat 500 Spiaggina goes on sale in September. 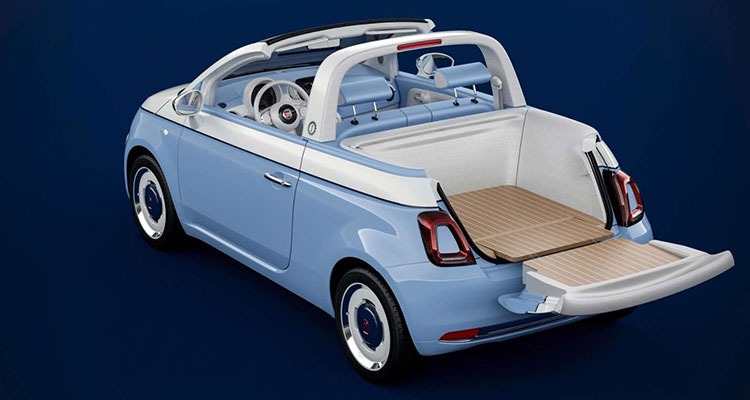