Remember the Hyundai Veloster? You probably should; the quirky asymmetrical coupe-hatchback was part of Hyundai’s UK range up until late 2014. 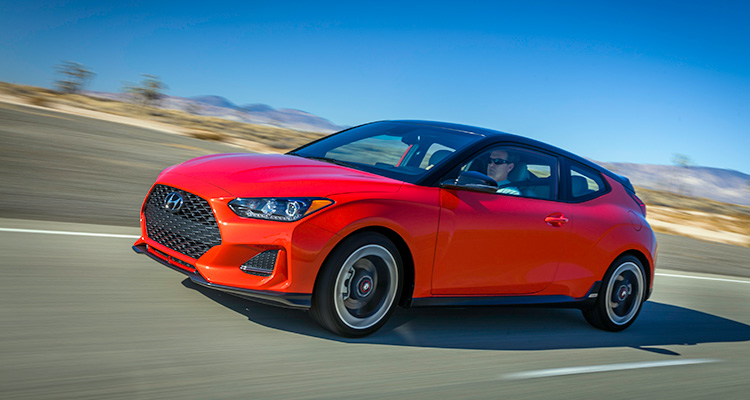 It wasn’t received very well over here, shifting around 2,200 units in the UK before being withdrawn from European sale after four years, but it has continued to be offered in the rest of the world.

The Veloster’s failure in Europe hasn’t discouraged the Seoul-based car maker from developing a follow-up, the first details of which have just been revealed at the Detroit Auto Show. Many UK car critics dwelled on the Veloster’s underwhelming powertrains, bland driving dynamics and, most notably, the peculiar styling that essentially made it a three-door car on one side and a five-door on the other.

That kooky styling has been retained for the second-generation Veloster despite what Hyundai describes as “a comprehensive exterior and interior redesign”. Powertrains have also been enhanced, while new and improved infotainment and connectivity features have joined the fray.

The standard Veloster will be offered with a 1.6-litre petrol engine, producing 198bhp, as well as a 144bhp two-litre engine, but a high-performance version will also be available. Named the Veloster N, it will exploit a turbocharged two-litre block to whip up 271bhp and deliver a more rousing drive. Actual acceleration figures haven’t been confirmed, but it’s the same engine used in the i30 N Performance, which can cover 0-62mph in a smidge over six seconds.

It looks the real deal too, with an exclusive N-design front fascia and grille with dedicated front air ducts for enhanced brake cooling. At the back, there’s a larger N-design rear spoiler, rear fascia design with integrated diffuser and performance-diameter, high-flow dual exhaust. Production for the new Veloster will begin in March before going on sale in the US during the second quarter of 2018. Only time will tell if it manages to cross the Atlantic as well.

How do you feel about the second-gen Veloster? Would you be interested if it returned to UK showrooms? Tell us down there in the comments.