2020 might sound like a long way off, but it is in fact only about a year and a half away in automotive terms, pre-launch build up. So early 2018 is a good time for the rumours to kick off suggesting that the hugely popular Nissan Qashqai is to get an all-electric version in 2 years’ time. The suggestion is that Nissan are believed to be working on the Qashqai SUV  combined with the IMx zero-emission concept that was revealed at last year’s Tokyo Motor Show. The IMx concept offered us a driving range of nearly 400 miles – pretty good by anyone’s standards – along with Nissan Intelligent Mobility. NIM is already available in cars currently, though Nissan plan to keep on developing the idea as the technology moves forward. In the future, Nissan Intelligent Mobility could bring us cars that can learn from each other as well as continual charging for EVs as they drive. The 2018 Qashqai is already equipped with ProPilot, making it the first European SUV/crossover to offer the autonomous driving technology that is surely going to become standard on all vehicles eventually; such an option would make driving in traffic a breeze. Driving ‘with superhuman senses’, as the marketing blurb says…

When the Qashqai launched in 2006/7 it was a bit of a trailblazer and quickly dispelled any doubts that Nissan may have secretly harboured by becoming a best seller. It looks less striking now of course, as more and more manufacturers pushed through their own versions of similar looking sporty SUV crossovers. The Qashqai maybe remains a step ahead of the pack though and the 2018 model version has pushed the boundaries a little further. 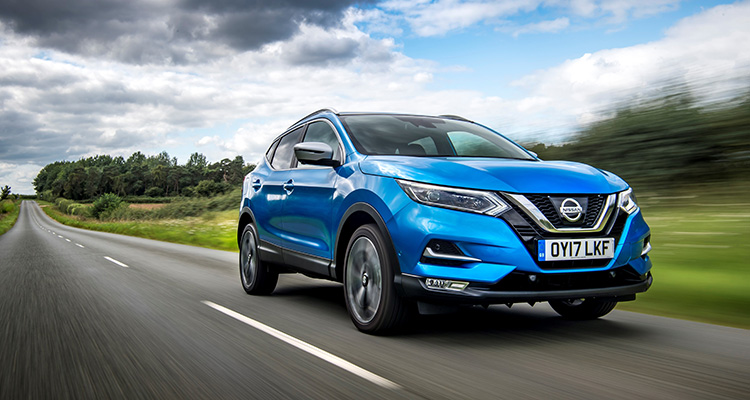 Not that the Qashqai was lumpy to drive on the road before, but the new version of the popular vehicle gets improved steering that will reduce any vibration that may reach the driver along with improved noise dampening – all great for decreasing fatigue on long journeys. Even better are new dampers that will improve and soften the ride over our (often appaling) British road surfaces. Such major improvements hint that Nissan are certainly not done with the Qashqai just yet.

So what would an electric Qashqai look like? The reality is likely to be some sort of blend between the new 2018 model and the sharp edged IMx concept. If you stop to consider, it’s actually quite intriguing how we can become so completely adapted to the look and style of vehicles that were once considered to be somewhat outlandish and have limited appeal. Over the past ten years the Qashqai has cemented its name as one of the most popular crossover SUVs in the UK and is now being driven by a wider variety of age groups than Nissan could have imagined – the Qashqai originally launched with advertising heavily leaning towards the youth market with urban backdrops and graffiti. To that end, maybe it’s time to push the Qashqai boundaries again design-wise, and the electric Qashqai IMx blend might be the right opportunity to do just that.