Minivans are great for many things. Airport runs, parties, late night taxi rides and so on… What you wouldn’t expect them to be good for is looking cool, but there are plenty of people in Japan that would disagree with that. 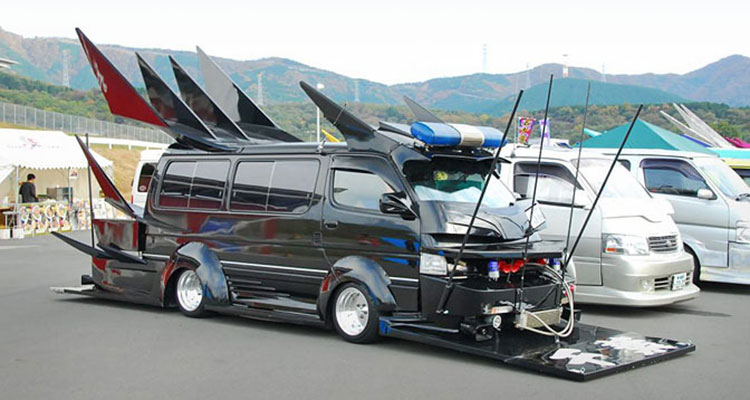 Heavily modifying your van, or “vanning”, may sound ridiculously silly but in the land of the rising sun, it’s a whole subculture of its own. We’re here to introduce you into the magical world of vanning where 2 wings is considered laughable and if you can still fit in a multi-story car park, you haven’t modified it enough.

The most popular minivans used in the “vanning” community are the Toyota HiAce and the Nissan Caravan. Both of these vehicles are great for carrying tools, furniture and people but you’ll find that the owners have no intention of using them for any of these purposes. Instead, they morph them into their own works of art with large fixings on the front, back and top. They also often feature airbrushed paintings of pop culture characters such as Batman, Winnie The Pooh, Hello Kitty, various anime characters and even film characters and pop artists. 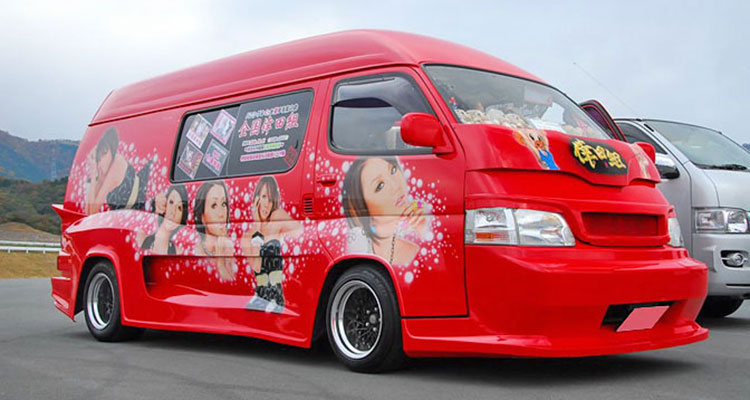 As well as airbrush paintings and massive front and rear bumpers, most of these vans feature spoilers and wings that look like they’ve been ripped straight out of anime. Not only do they extend 5 feet from the van, but there can also be around 10 “spikes” on a single van. The only limit is their imagination. 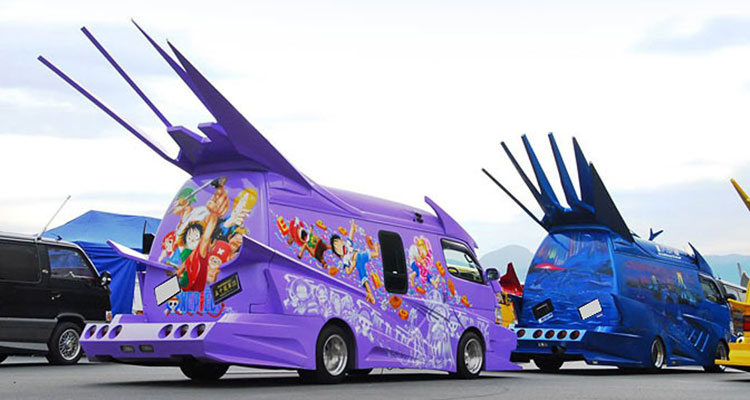 The style of modification can sometimes be referred to as “Bosozoku” which describes the style of extreme features such as huge spoilers, bumpers and exhausts. The term originally described a style of motorcycle modding, but has since developed as a term to also describe the crazy style of extreme customisation on cars and vans as well. 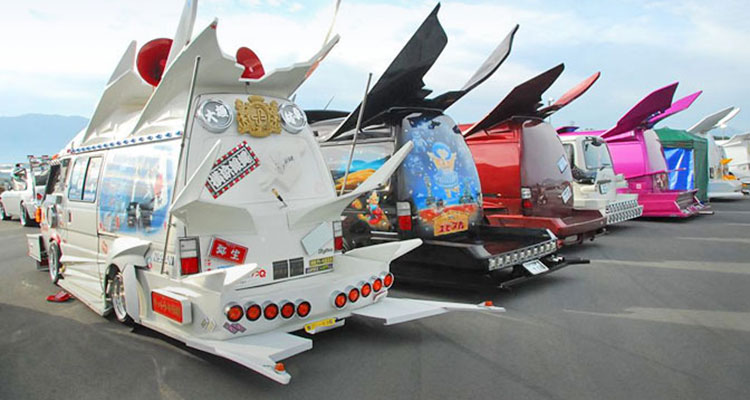 Despite them looking like extreme road hazards, these beasts are surprisingly road legal! Perhaps the laws haven’t adapted for this specific style of van modification, but the law only requires for mechanical parts to be a certain distance away from the ground. The rules say nothing about cosmetic parts being 2 centimetres off the floor, or having multiple giant wings. 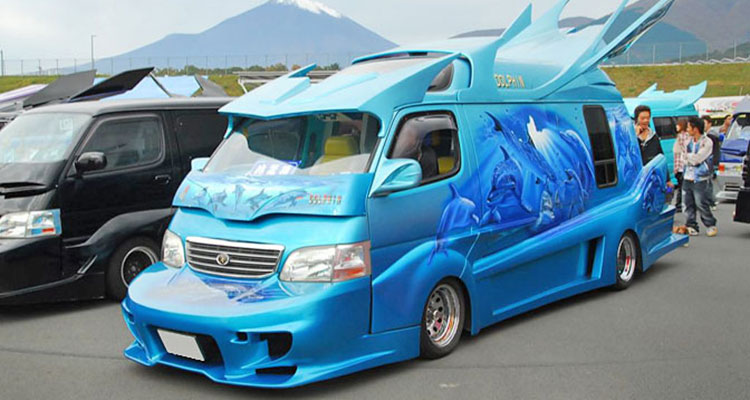 Some of the work done on these creations are DIY garage projects, but there are also some businesses in Japan that specialise in creating these pieces that look like they’re from a movie set. Custom bodywork, specialist lighting, professional airbrush art and luxury interiors, these minivans may look atrocious but you can’t help but admire the work and craftsmanship put into them.