The pick-up market has really, erm, picked up in recent years. Independent traders are one reason for that; exploiting the versatility of these vehicles that can serve as hardy, loyal workhorses in the week, doubling up as spacious, comfortable family wagons at the weekend. 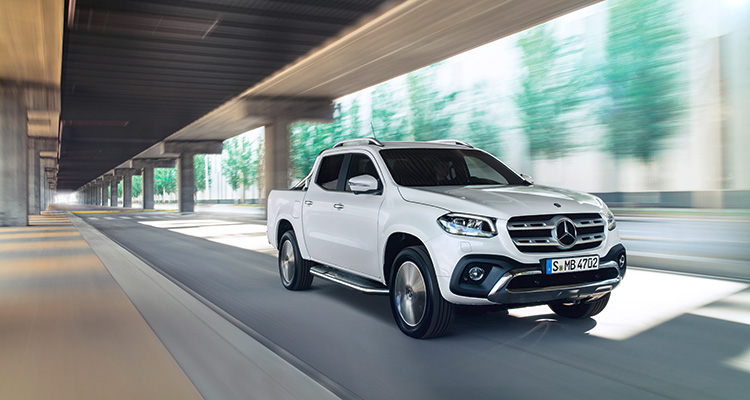 While the Mitsubishi L200 and Nissan Navara are long-established well-respected staples in the pick-up segment, they’re not really renowned for their premium feel and that’s where the new X-Class comes in.

Using the very solid Navara as a starting block, Mercedes felt it was time to inject some much-needed luxury into the segment, so here we have what is essentially the world’s first truly premium pick-up.

But is it any good?

Apparently so. Pretty much every review published so far has awarded it four out of five stars. 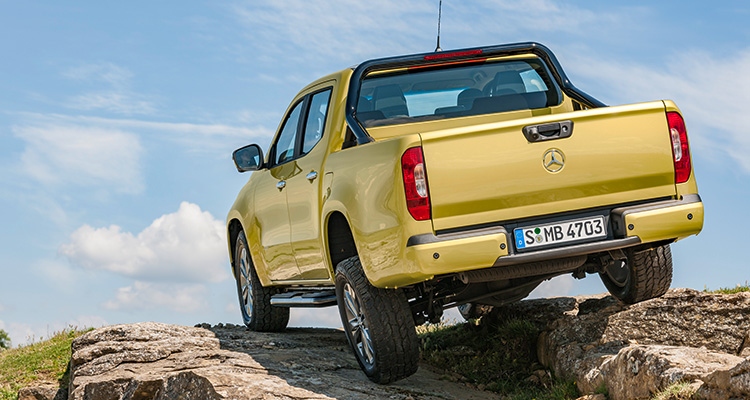 One of them was in Auto Express (AE), which didn’t mince its words, hailing the X-Class as ‘the best pick-up truck on the UK market’.

The motoring weekly noted that, when compared to some more premium family SUVs, the X-Class’ rough edges were clear to see. However, these were easy to overlook when the company car tax and VAT savings attached to running a commercial vehicle came into play. 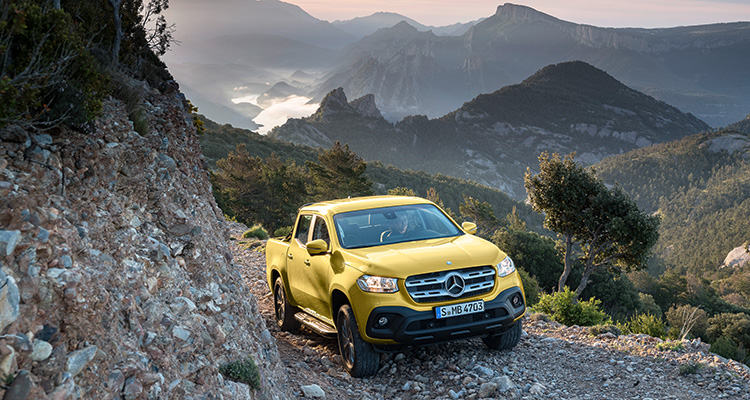 Considering the X-Class is being targeted largely at fleet customers and businesses, the pick-up’s level of desirability simply can’t be matched by rivals.

“That’s why plenty will deem the premium worth paying,” AE added.

There may be the famous three-pointed star on the front grille, but behind, it is the same Renault-sourced 2.3-litre turbodiesel you’ll find in the Nissan Navara. 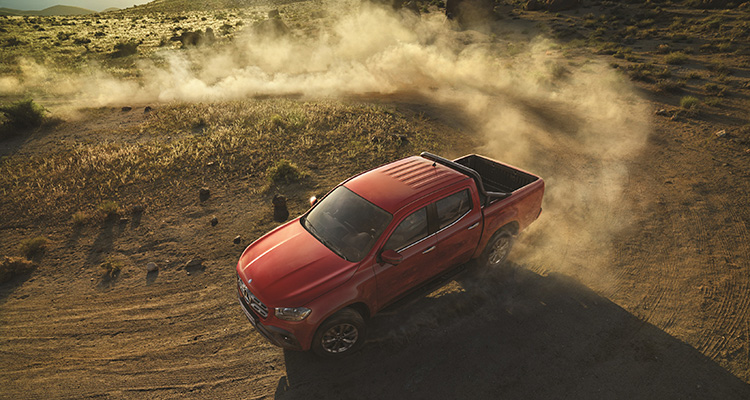 That’s right, it says Merc on the bonnet, but a humble Renault is doing all the grunt work.

Don’t let that put you off though, because it’s perfectly fine by all accounts. Two power outputs are available – a 160bhp capable of completing a 0-62mph sprint in roughly 12 seconds, and a 187bhp (11 secs). 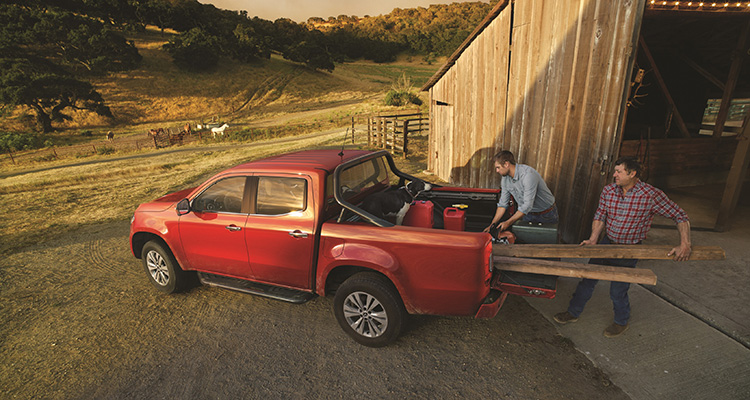 Honest John’s van critic describes the lower-powered unit as fine for motorway driving and light off-roading, but has the potential to struggle when tackling steep inclines or carrying heavy loads.

For maximising the X-Class’ gargantuan towing ability, as well as thundering up hills, the higher-powered engine – with 450Nm of torque – is the only option, Honest John adds.

Car Magazine said it was ‘massively impressive’ to drive, but Top Gear was very meh about the X-Class’ on-road performance.

They thought initial pullaway was fine, but any drivers thinking about overtaking should “submit an application and wait”. That’s because “kickdown accounts for a two-elephant count before anything happens, and even then you aren’t exactly subjected to forceful acceleration”. 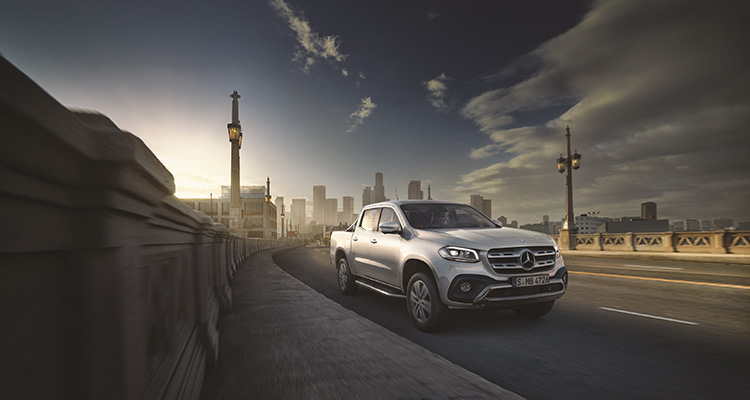 As such, they thought it was kind of ridiculous for Merc to pitch the X-Class as a “high-end variant for urban lifestyles”.

Honest John went on to say that fuel economy was the only area where the Mercedes-Benz fell ‘a little flat’.

The 160bhp engine will return an official 37.1mpg, while the advertised economy for the more powerful 187bhp drops to 35.7mpg – some way short of the 44.8mpg advertised by Nissan for the four-wheel drive Navara.

Is it premium though?

Honest John acknowledges that the quality inside the cabin is high compared to other pick-ups, but it doesn’t reach the same levels of what you’d find in any Mercedes-Benz car. 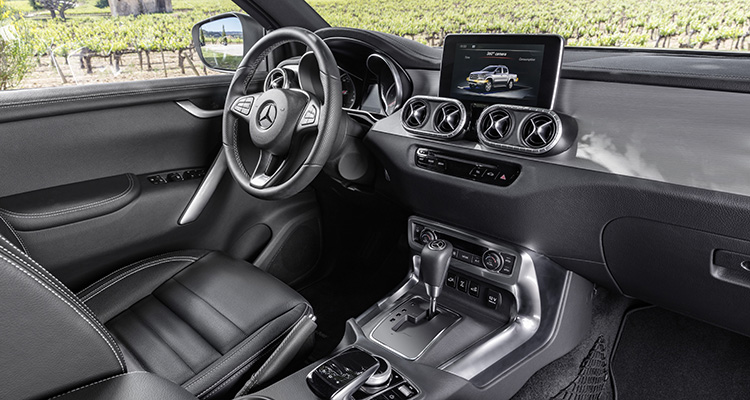 That would make sense, because the X-Class is meant to be a working vehicle, so hard-wearing plastics are a must. That said, there are still plenty of premium touches, such as leather seats, wood trims and stitched dashboard covers.

Car Magazine doesn’t think the X-Class is as easy to live with as an SUV, but they do believe it ‘moves the pick-up game on’. 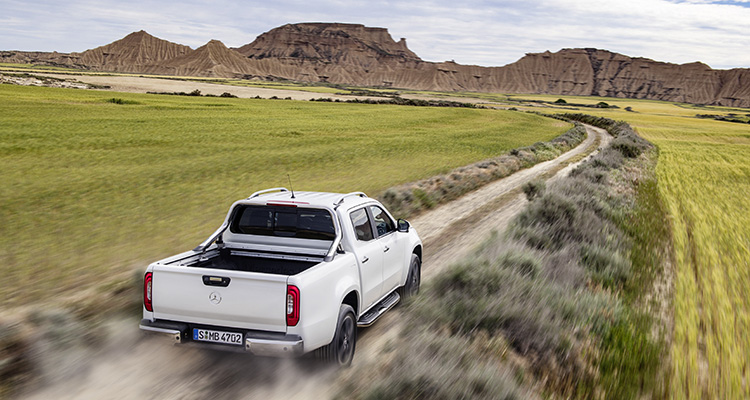 It added that anyone thinking of using a pick-up as an everyday runaround should totally consider the X-Class or VW’s Amarok.

With a starting price in excess of £27,000, Autocar said the X-Class was too expensive for a pick-up, but agreed it did raise the standard for comfort in a commercial vehicle while retaining tough qualities.

Are you keen on picking up a new X-Class? Have these views swayed you much? Let us know down there in the comments.