Audi has finally revealed its long-awaited Q8 – the latest addition to the German premium car maker’s ever-expanding line of SUVs.

With so many offroaders scattered throughout the Audi range, there are bound to be some people who will be either confused or ambivalent to the emergence of the Q8, so we’ve compiled this handy guide, pulling together all you need to know about the big coupe-SUV. Who are its rivals?

The Q8’s competition are pretty established in the market already, with its main rivals being the BMW X6 and Mercedes-Benz GLE. 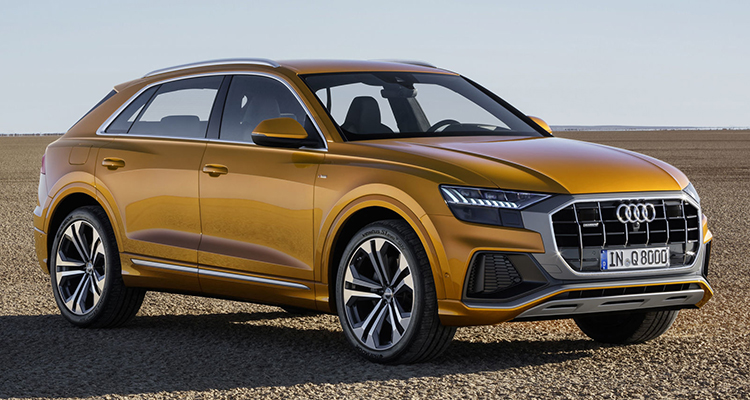 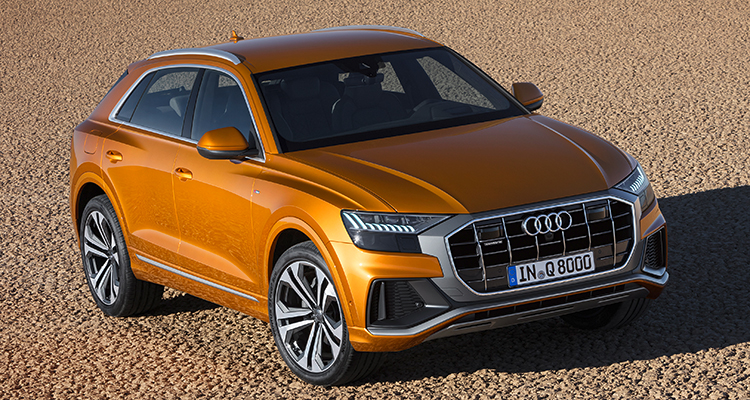 When can I have one?

Orders will be accepted from this summer and it’s reasonable to expect the first deliveries will take place before the end of 2018. 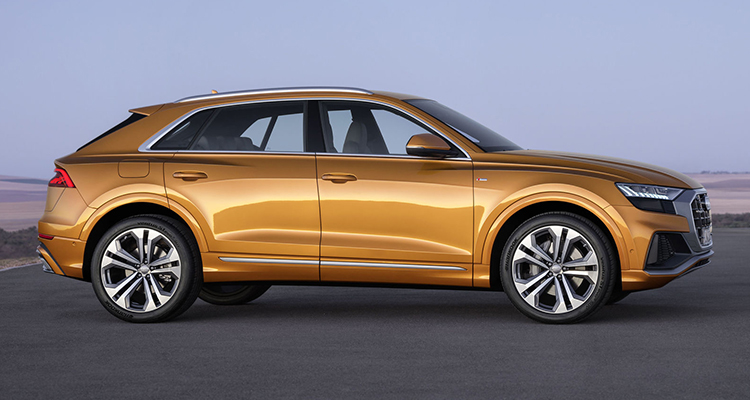 How big is it?

Very. You know how massive the Q7 is? Well, it’s actually 66mm shorter than that, stretching for 4,986mm long. It is 27mm wider though at bang-on two metres, with a height of 1.71 metres, making it lower than the Q7. With the rear seats folded down, you get up to 1,755 litres of boot space. What engines will it use? 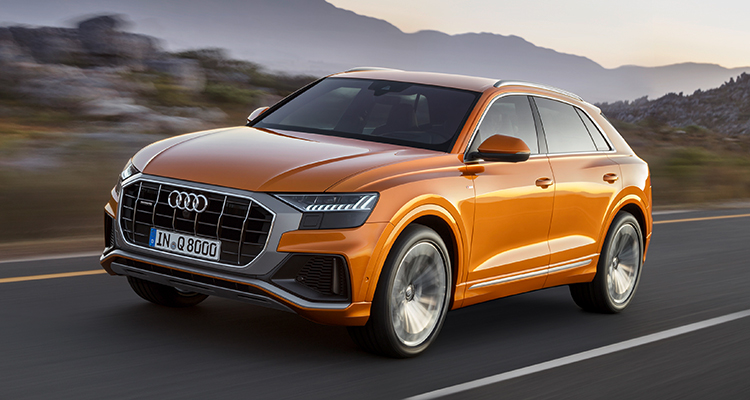 At some point in 2019, a 335bhp V6 petrol 55 TFSI will arrive, along with a 228bhp V6 45 TDI. Every engine in the Q8 will be four-wheel-drive and feature 48V mild-hybrid technology, which allows extended stop-start and a coasting function when the throttle pedal is lifted between 34mph and 100mph. 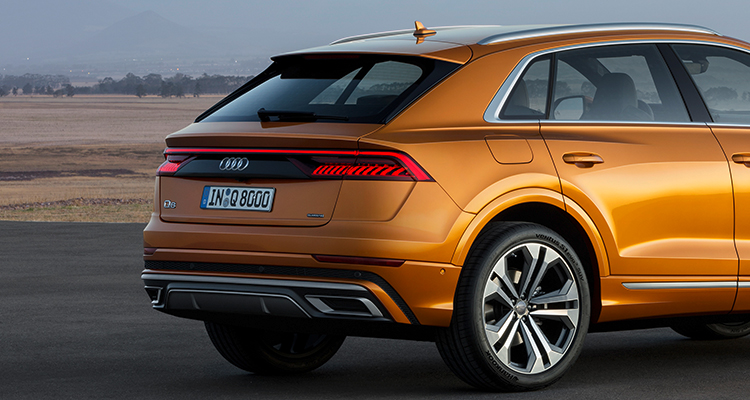 Which colours will it be available in?

Buyers will have a choice of 12 colours – one of which is sure to be the light gold shade in these first pictures. I guess you could also expect white, black, blue, red, silver – the usual, y’know… 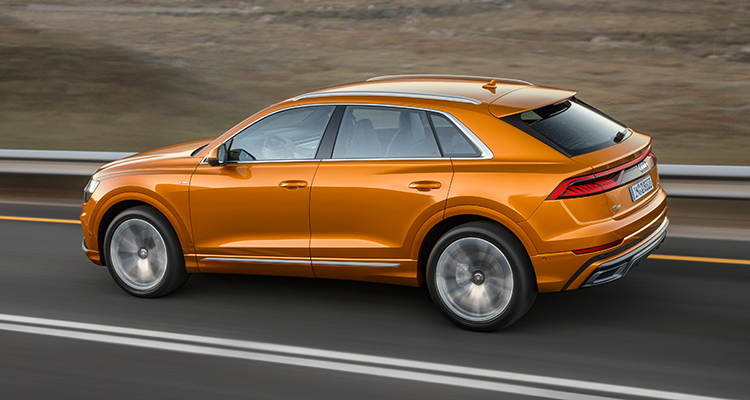 UK equipment lists weren’t confirmed at the Q8’s reveal, but they probably won’t be too different to what will be offered in Germany. Over there, the Audi Q8 will come as standard with LED headlights, while wheel size choices will reach up to 22 inches. 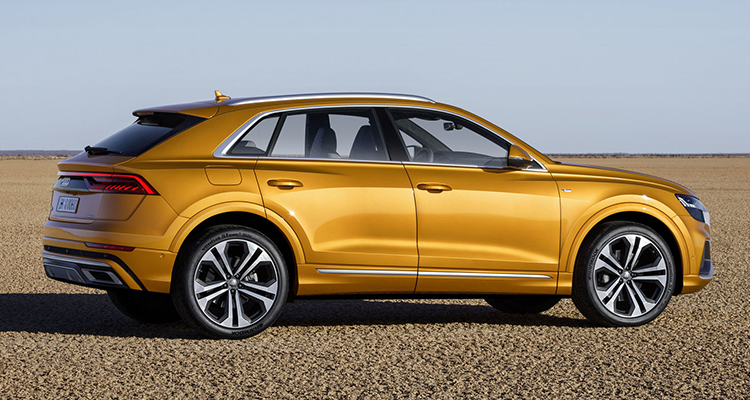 All Q8s will also feature Audi’s most advanced infotainment system: MMI navigation plus, which includes the Audi connect data transfer module and a Wi-Fi hotspot.