Lancia first introduced to the world the Bertone designd Lancia Stratos HF in 1971 at the Turin Motor Show, from where it went on to be a much respected and successful rally car during the seventies and eighties, with the accolade of being first car to be designed specifically with rallying in mind. Throughout the mid seventies the Lancia Stratos picked up numerous wins including a 1977 win at the prestigious Monte Carlo Rally. The unique, timeless space-age design of the Stratos has resulted in many replica and kit cars being built over the years too – but now you will be able to own one for real (almost) once more…

Yes, a limited run of the Lancia Stratos is to happen, with a partnership between New Stratos GBR and Manifattura Automobili Torino building around 25 models. MAT have a fine reputation in Italy of building luxury and limited run sports cars, right from a humble sketch on paper all the way through to the manufacture of the final design model. The MAT Lancia Stratos will be a 542bhp beast based on the highly praised Ferrari F430 and will be shown at the 88th Geneva Motor Show in March 2018. Although only around 25 cars will be produced, MAT will in fact offer 3 models of the Stratos; a Safari, GT Racer and – intriguingly – a model the company describe as a ‘competent’ supercar for ‘daily use’. A street racer in layman’s language then. 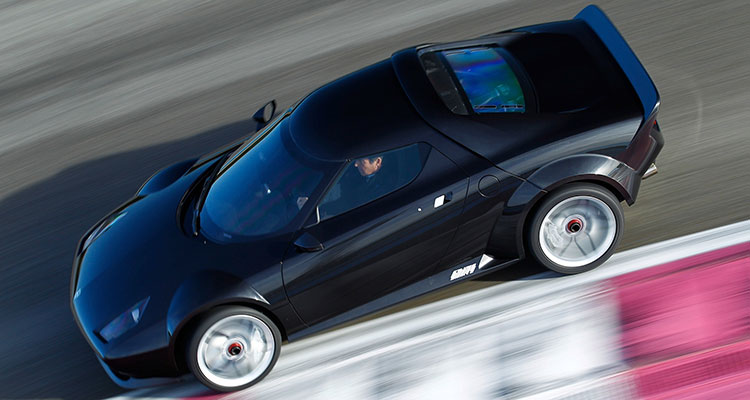 Competent daily use might be selling the Lancia a bit short, as we can expect to see a car that can accelerate from 0-62mph in 3.3 seconds with a top speed of 205mph thanks a 4.3 litre V8 engine. The car will actually be heavier coming in at 1247kg – a whole 267kg more than the original model. Much of this is due to the larger dimensions of 4181mm in length, 1240mm tall and 1971mm in width. Despite this, weight has actually been kept under control with copious use of carbon fibre bodywork. Manifattura Automobili Torino tend to work under commission, and this model is no different. The MAT Lancia Stratos will be the result of rally car fan and German entrepreneur Michael Stoschek’s desire to resurrect the name once more.

The Stratos has taken some time to get going though, with the original Stoschek and Pininfarina designed concept first seeing light of day in 2010. As the lengthy timespan indicates, it hasn’t all been plain sailing though. The concept was set to spawn around 40 models – until Ferrari blocked any further production in 2011. 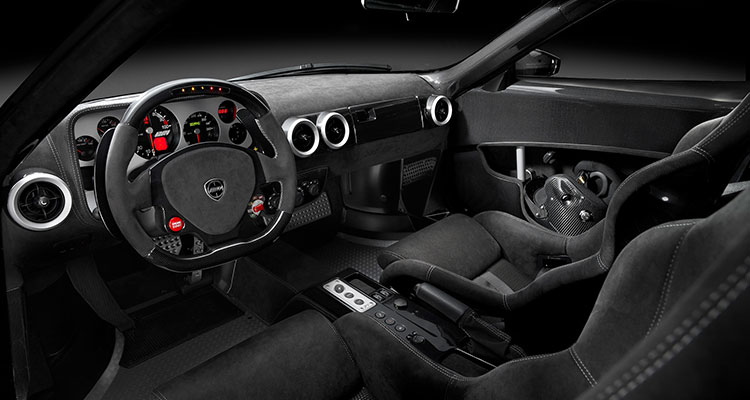 Pininfarina had stated that they would only build the Stratos with the consent of Ferrari, as the car required Ferrari donor models. Maybe Ferrari developed concerns that their prestigious name and the Stratos’ history would fall from being totally under their control. Whatever the reason, the project was shelved, but never forgotten. Now, thanks to Manifattura Automobili Torino, New Stratos GBR and Stoschek, the project is now getting the green light once more. Let’s hope things run smoothly this time and we can look forward to the Lancia Stratos gracing tracks once again.