The automotive calendar is littered with motor shows, but there’s one specific event that everyone wants to be part of: the New York International Auto Show (NYIAS).

Many of the big reveals from the Geneva show in March usually make their way over to the New York International Auto Show for their Stateside debut. However, there’s also a lot of metal here that will never make it out of the country – cars designed and developed especially for the Yanks.

It is also here where the winners of the World Car Awards are named. This time around, it was the Volvo XC60 that took home the top title of World Car of the Year, but enough background, which cars were the highlights on the stands at the NY Auto Show?

Receiving its world premiere in New York was the fifth-generation RAV4 SUV, which will be available in Europe from some point in the first quarter of 2019. 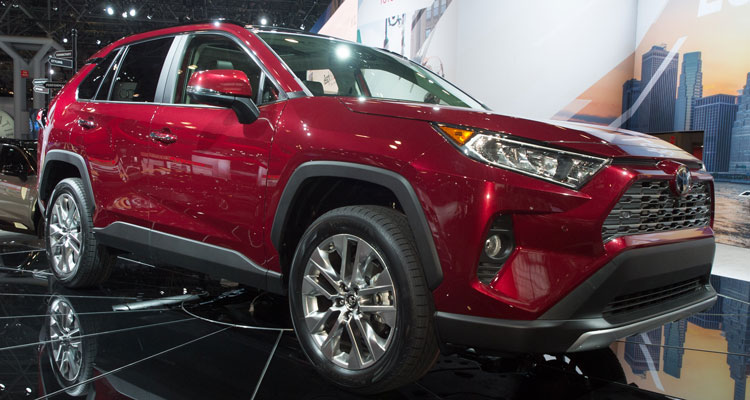 It will be built on a new platform that delivers significant benefits for the car’s ride, handling, safety and overall driver enjoyment. This new architecture means it will be able to make use of two newly developed powertrains: a 2.5-litre petrol-electric hybrid and a two-litre petrol. 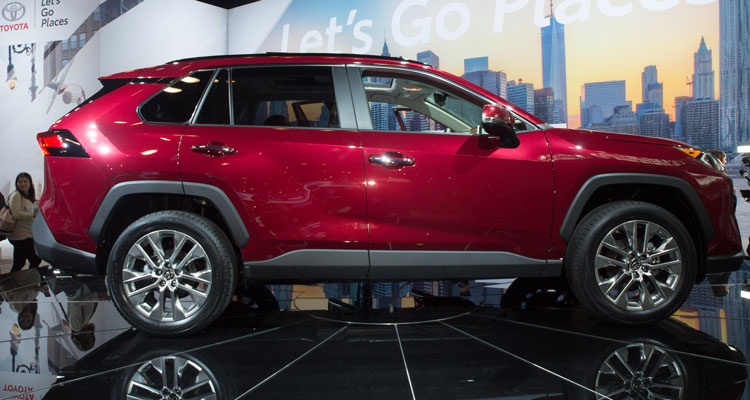 This latest iteration looks more stretched than previous generations, but upon comparing the dimensions, the mk5’s length is only marginally different. 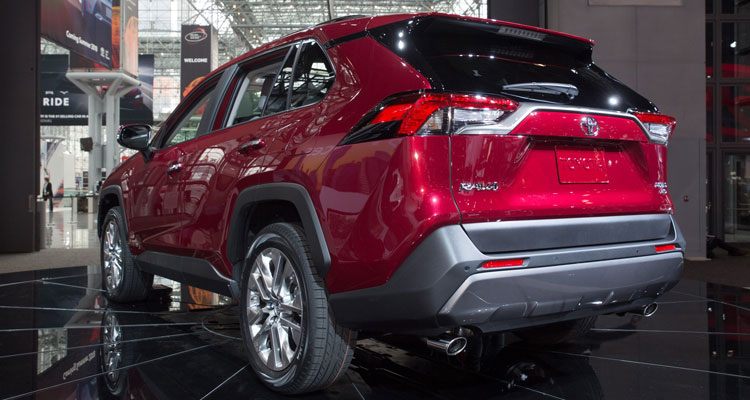 For the most part, the revised design works, but those hexagonal wheel arches might take some getting used to. 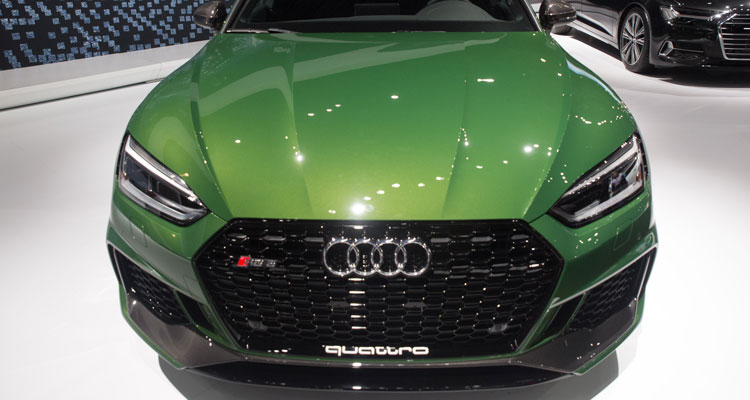 Key visual changes include 19-inch wheels (or optional 20-inch alloys), a black honeycomb grille and a more aggressive front apron, whilst around the back, there’s a large diffuser, two oval exhaust tips and a small lip spoiler on the bootlid. 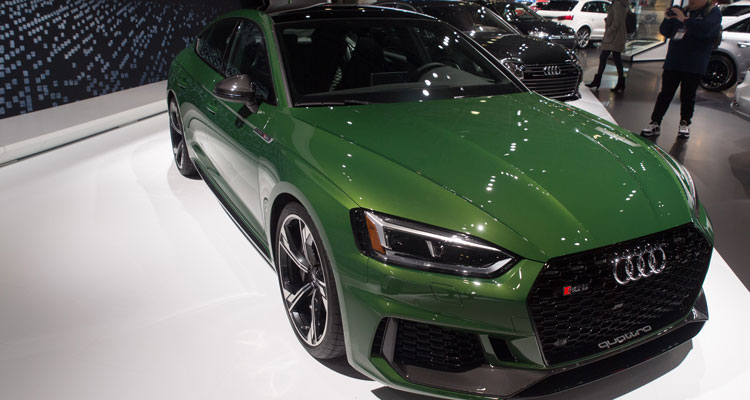 Another key visual is the fierce looking back, featuring massive twin exhausts and a slick rear diffuser. 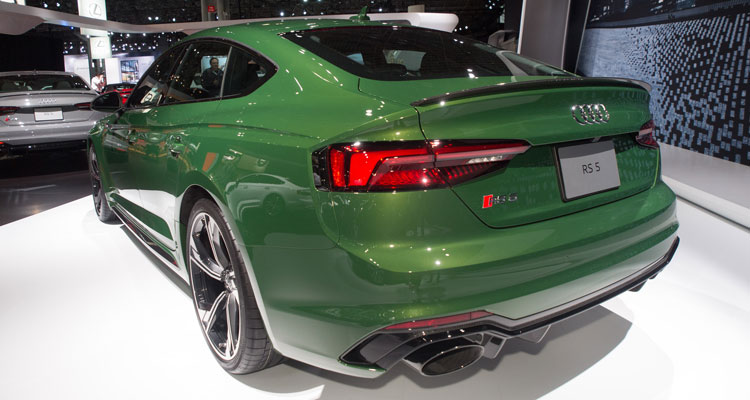 Chances are it’ll be priced the same as the coupe at £63,575, mirroring the pricing approach used with the S5 Coupe and Sportback. 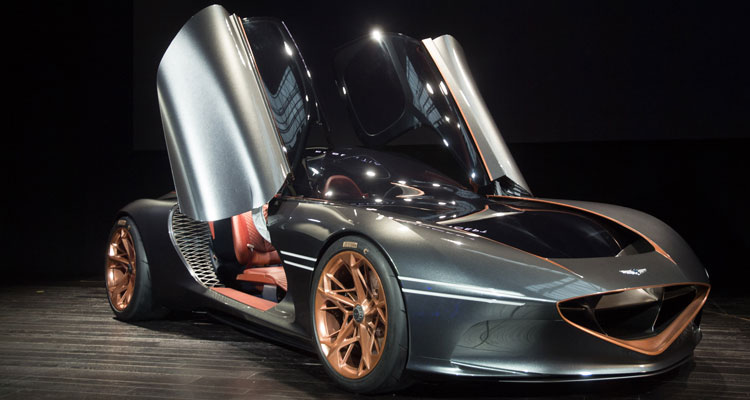 Beyond those butterfly wing doors are seats upholstered in Cognac leather with chevron quilting, an eight-inch widescreen display and a slim centre console wrapped in blue leather. 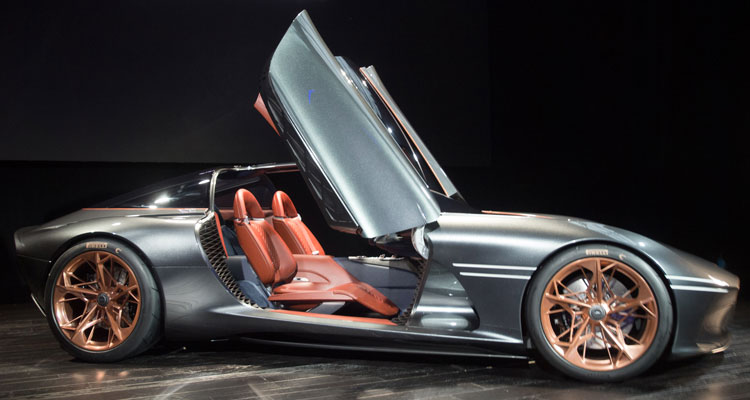 Hopefully we will get to see more of the Essentia later this year.

One car you most certainly won’t see on UK roads any time soon is this – the Cadillac CT6 VSport – and that’s a shame because its 550bhp V8 could give BMW’s M5 something to worry about. 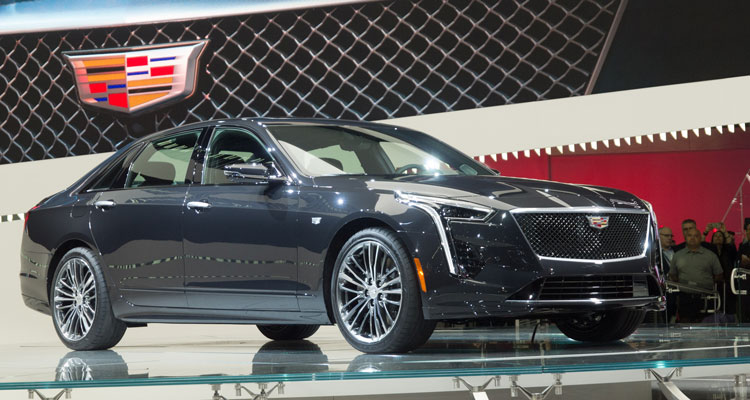 The exact retail price has yet to be confirmed, but we estimate it to be around £40k to £50k. 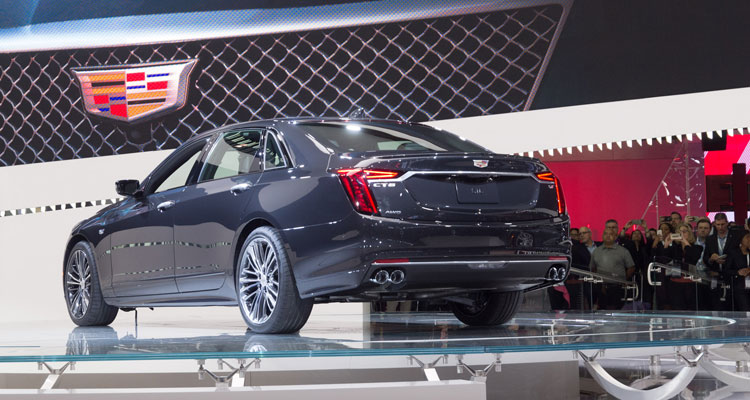 The blue oval didn’t have anything new to show in the Big Apple, but they did bring along some Lego… 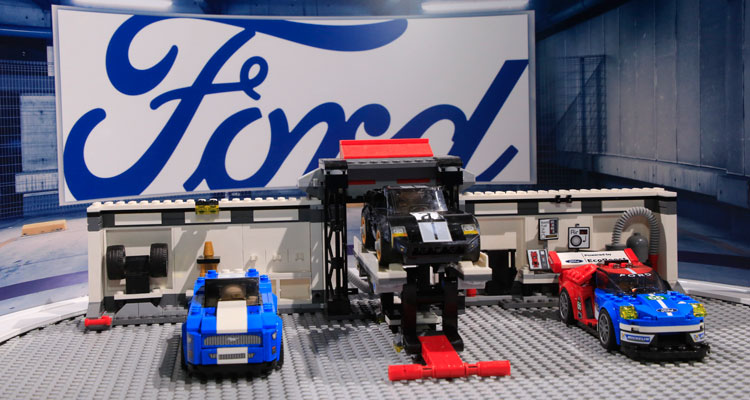 Oh, and the Ford GT… 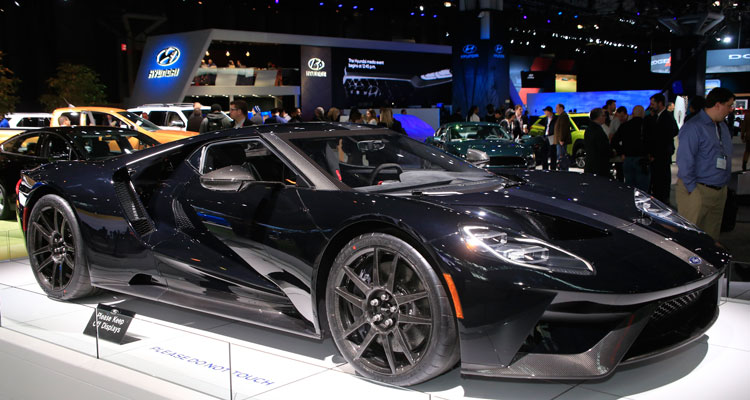 As if the 911 GT3 RS wasn’t out there already, the Weissach Package ups engine power and reduces weight by about 18kg to deliver outstanding lap times. 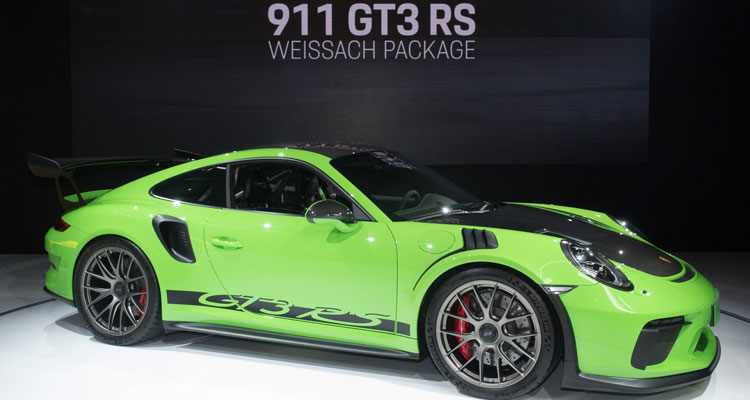 That means lots of carbon fibre, which appears on the steering wheel trim and gearshift paddles.

Facelifted for 2018, the Mercedes-AMG C 63 mirrors visual changes made to the standard range earlier this year. Performance-wise, it should be pretty much unchanged, using the same four-litre bi-turbo V8 with 469bhp, rising to 503bhp for the C 63 S. 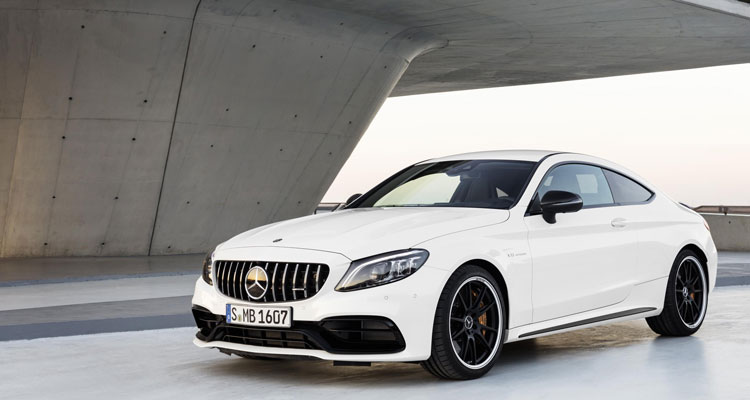 We don’t have any shots of the car at New York, so you’ll have to settle for this instead…

This was first revealed at the Geneva Motor Show, but Nissan has done so much to elevate the status of electric cars that we’re keen to see how they fare racing them when they join the Formula E series for its fifth season.

Do any of the cars at the New York Auto Show take your fancy? Let us know down there in the comments.