The midsize short-wheelbase Jeep Wrangler, arguably based on the famous original USA World War II Jeep, has been a much-loved sight on our roads and in warmer climates since the eighties. For those of us old enough, it conjures up happy images of getting your first Action Man Jeep or a chunky Tonka toy for Christmas – and in many ways, it’s almost as indestructible as the latter.

It’s always exciting to hear of a new Wrangler, and Jeep have just announced a series of 4×4 concept vehicles, which will be based on the forthcoming JL Wrangler. The new concepts will be revealed at the Easter Jeep Safari meet in Moab, Utah. The entertaining 9-day event consists of daylong trail rides as well as some interesting unveilings.

The new Jeep concepts will consist of the Sandstorm, 4Speed, B-Ute, Wagoneer, Nacho, J-Wagon and Jeepster. There really is something for everyone in this line-up, from tuning and aftermarket kitting to retro-look design. 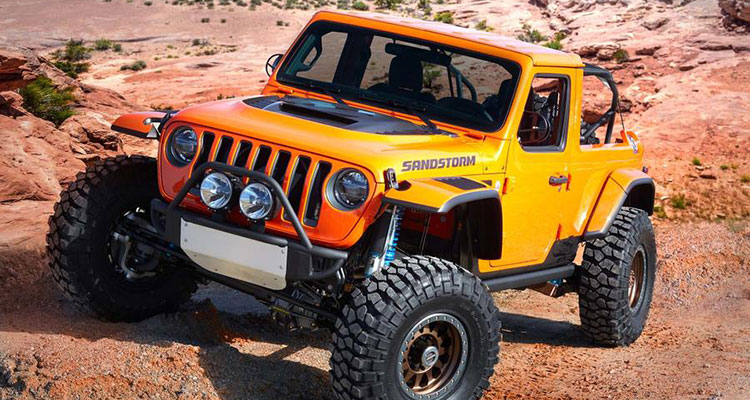 The Baja based Sandstorm looks fantastic, resplendent in a shimmering pearl mango paintjob, though it may possibly all be a bit overkill for the trip to the supermarket (recent weather aside). Designed to be a desert racer, the ground and wheel clearance is going to allow the Sandstorm to cope with almost any terrain out there. 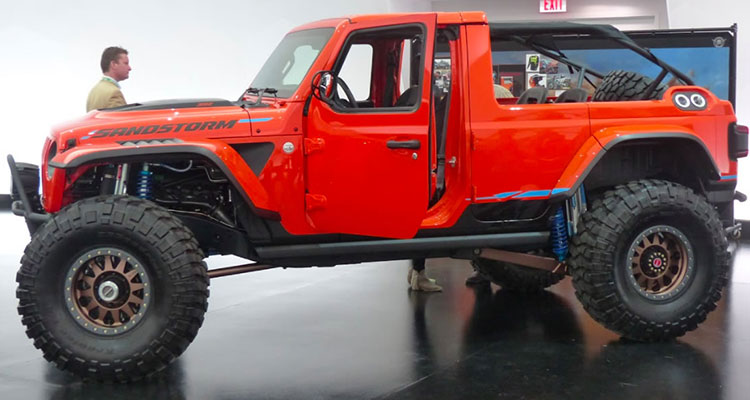 14 inches of front suspension travel and 18 at the back thanks to Off Road Evolution along with a 6.4 litre Hemi V8 engine means there will surely be quite a few people clamouring for this to get an official production run. Anyone thinking of entering the Dakar Rally might want one of these. 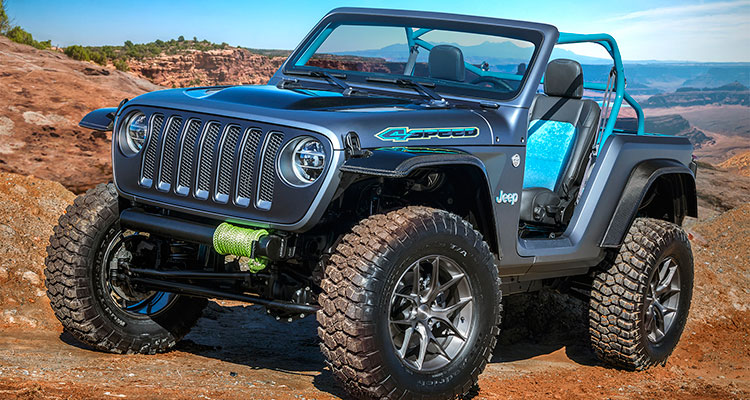 Like the Sandstorm, the 4Speed has had some hefty weight shaving applied compared to your standard Wrangler, losing 950lb, in part thanks to losing 22 inches in length while retaining the same wheelbase. Add to that a 2-litre turbo powered engine and Jeep are making sure the power to weight ratio is going to be impressive. 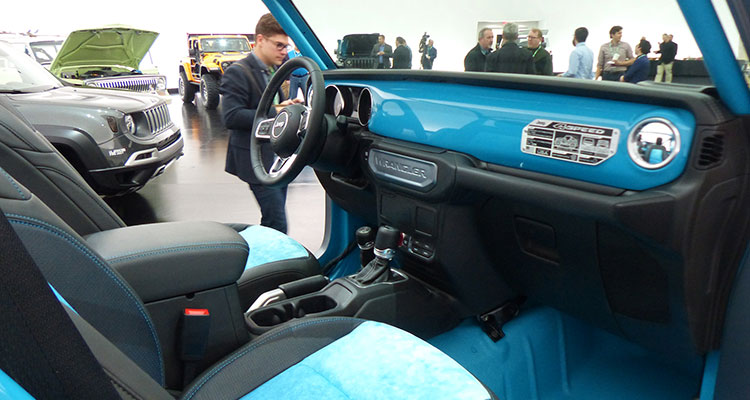 If the name is confusing you a bit – think of it as ‘for speed’ (it’s actually an 8-speed vehicle!) 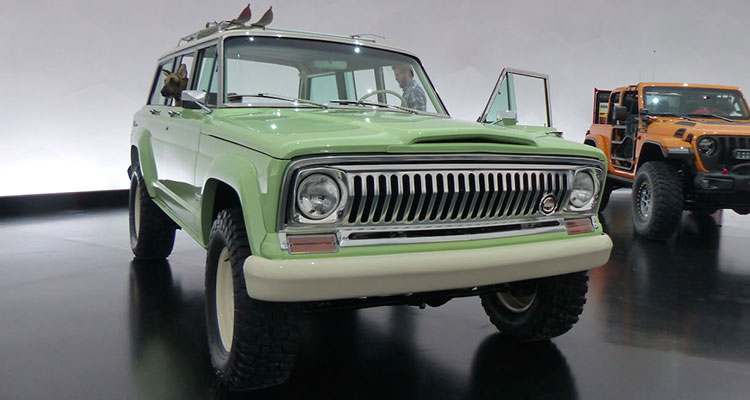 Now this is perhaps the most intriguing of all of these new concepts, as it does a bit of a ‘Nissan Figaro’ on us by looking perfectly old fashioned from the outside, but having all mod cons under the classic facade. Jeep looked back in time to the 1965 Wagoneer and went for what they are calling ‘Americana road trip style’ for this concept. 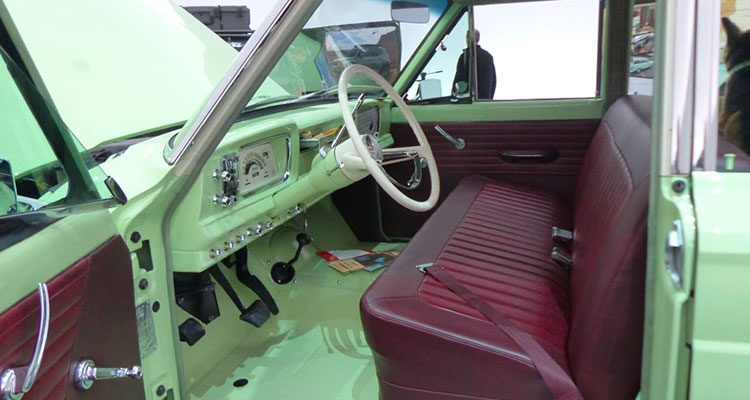 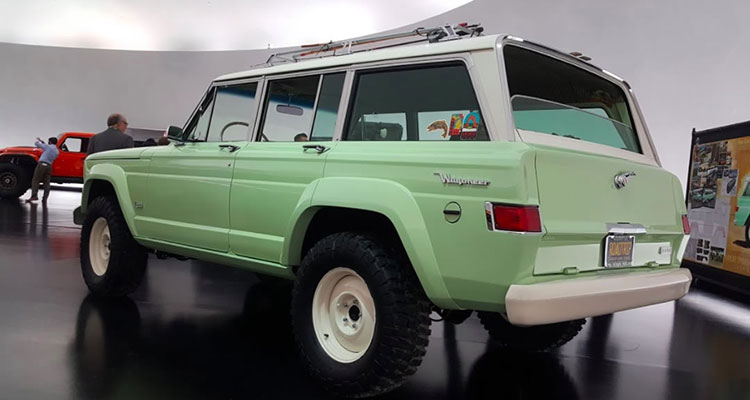 The power comes from a Ram pickup’s 5.7-litre V8 engine and the original leaf springs have been replaced with coilovers on Dana axles. As will all classic mods, some purists might not approve of the original grille being replaced with a razor, but I think it gives it more of an edge and wholeheartedly approve. 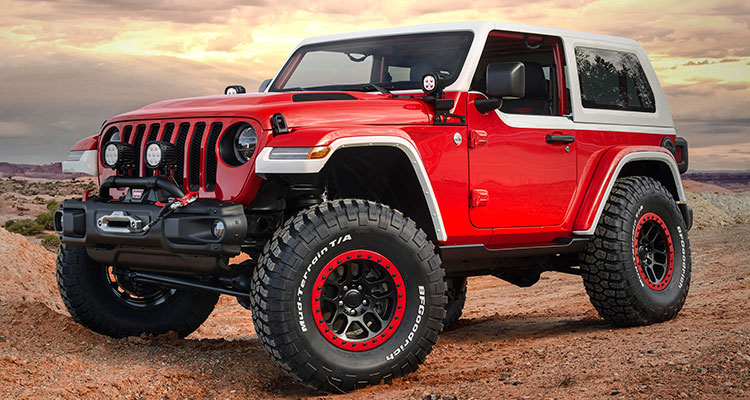 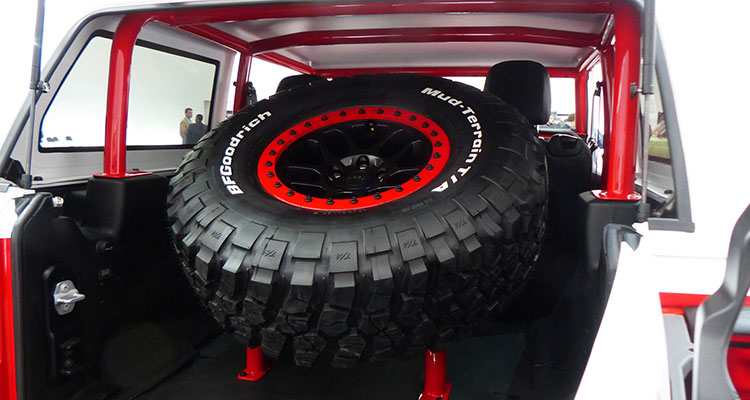 Practically, the release of space at the rear where the spare wheel would normally sit allows for the freedom of aftermarket add-ons. 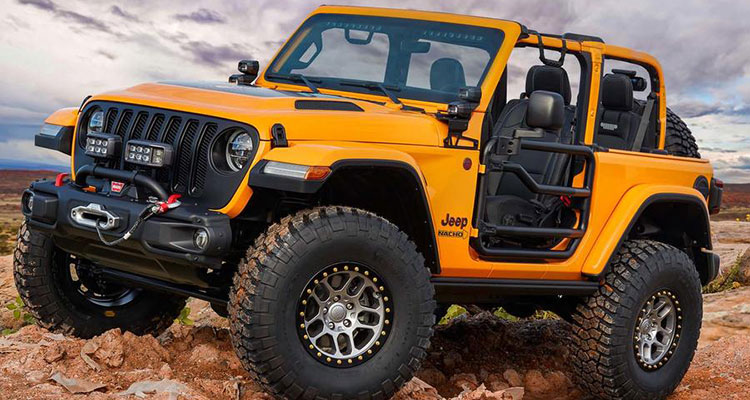 This concept is more inspiration for Wrangler owners than something as out of reach as a factory designed concept, as all the OEM parts can actually be sourced from Jeep Mopar dealers – if you’re willing to part with around £10,000 and have a Rubicon. It’s a clever idea that’s sure to sell a few more kits and parts. 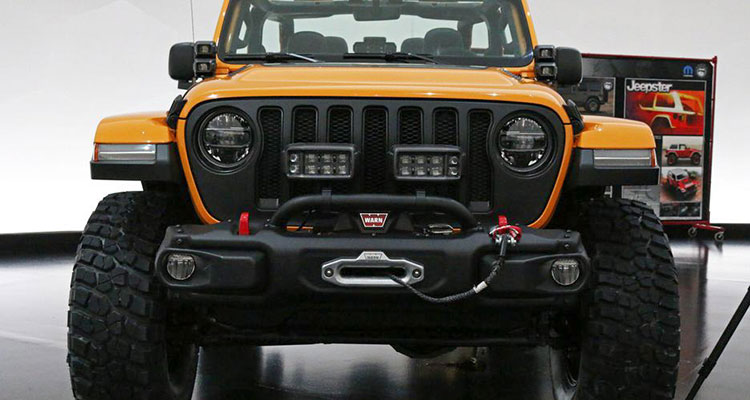 The Nacho stands out in contrasting Nacho Yellow paint and satin black parts and features a mighty Warn winch on the front bumper and a Mopar grille. The Nacho has a 2-inch lift kit and 17-inch alloys and is powered by a 2-litre turbo engine rather like the 4SPEED. Tungsten accented stitching compliment the black Katzkin leather seats. 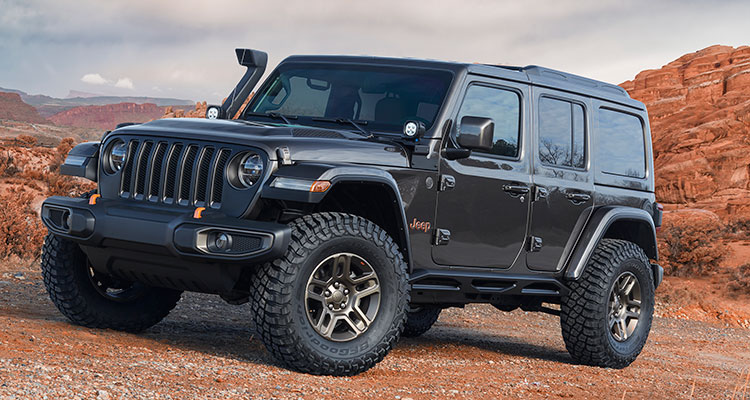 At the other end of the scale to the Sandstorm is the premium J-Wagon, with a more road-friendly look based on a luxury trimmed out Sahara. It still gets its fair share of tweaks of course, in bigger off-road tyres powered along by a 3.6-litre V6 engine and the front wings of a Rubicon. 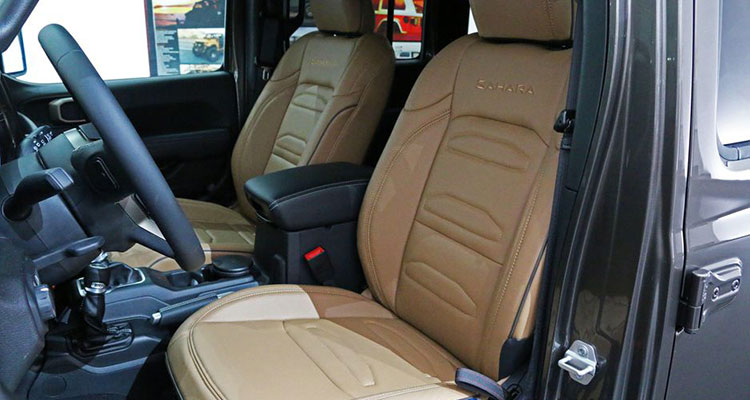 In many ways these concepts all seem like a long, long way from old John Wayne films and Merrill’s Marauders, yet, looking from another perspective – maybe not. 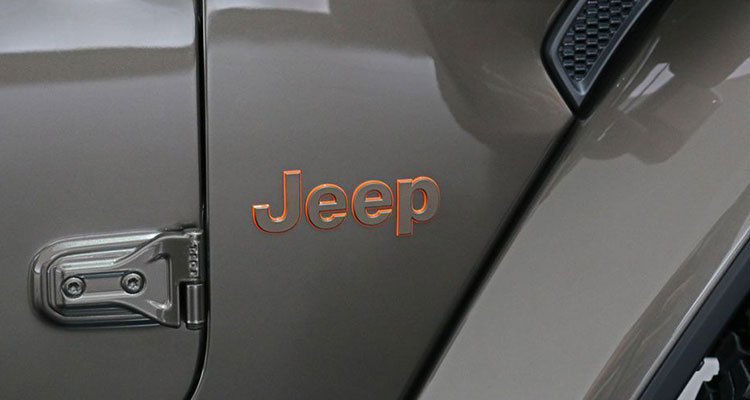 The ‘Brass Monkey’ paint job may look dull grey at first, but it’s a warmer grey than normal with eye-pleasing orange highlights.

Share your opinion on the new Jeep concepts in the comments below!