If much of the criticism of Formula One has been that the technology could possibly take something away from the simple excitement of a driver pitting his wit and reactions against machine, road and the elements, then what is the reaction to the Roborace driverless racing car? 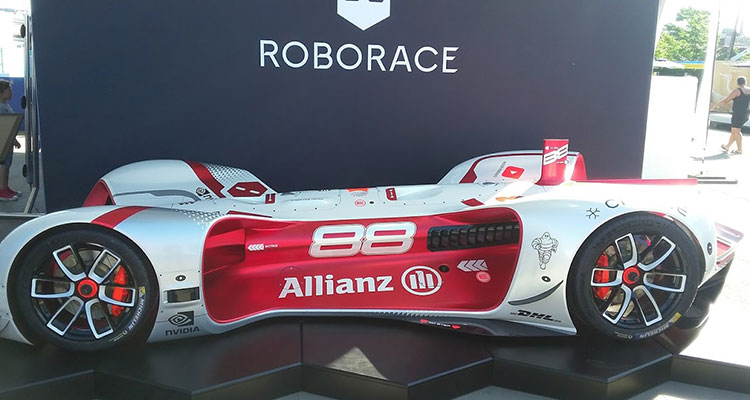 The Goodwood Festival of Speed 2018 saw an intriguing demonstration of the Roborace self-drive race car. Roborace were clearly confident; this was only the second time they had demonstrated the vehicle – and it was also Friday the 13th and the crowds certainly proved there was an interest, at least in just seeing the car in action. This was the first ever truly autonomous hillclimb using only artificial intelligence, said Roborace CEO Lucas di Grassi.

The sleek racing car uses an NVIDIA DRIVE PX2 computer to process all the information, which includes the use of LiDAR, camera sensors, GPS and radar, and ultrasonic systems. Attendees could also experience something no human has experienced – or indeed is likely to – with the event’s Future Lab area housing a booth allowing fans and the curious to experience the car’s ride in virtual reality. 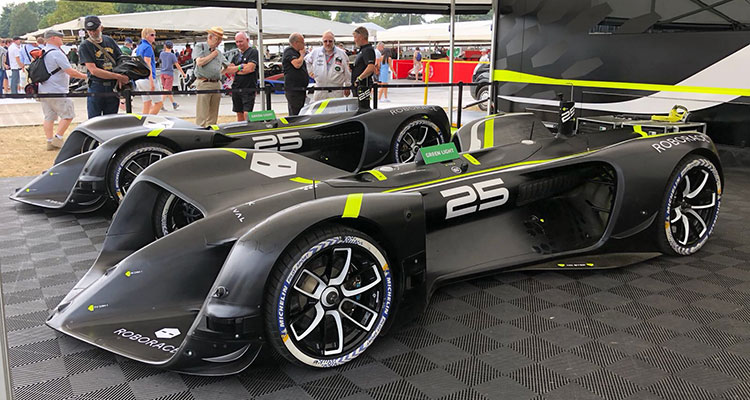 If the Robocar’s sleek moulded lines looks a little familiar, then that may well be because designer Daniel Simon has been involved in designing vehicles for the movies Tron: Legacy (2010) and Tom Cruise’s Oblivion (2013). When Simon got the prestigious job of designing what was sure to be a high profile vehicle, he was fortunate in that he didn’t have to take into account the usual space for a human.

This allowed for a very low profile ground-hugging vehicle with each wheel seemingly as far away from the chassis (and each other) as possible. It actually looks like the default design template for the ubiquitous modern day drone, minus any propellers. 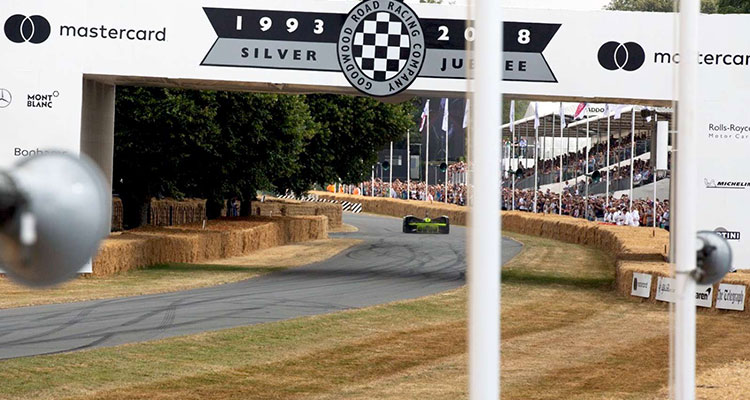 The driverless car weighs in at 1350kg and will have an expected (uncapped) top speed somewhere in the region of 190mph. Power comes from a 58kWh battery with the four 135kW electric motors giving the racing car around 500hp. 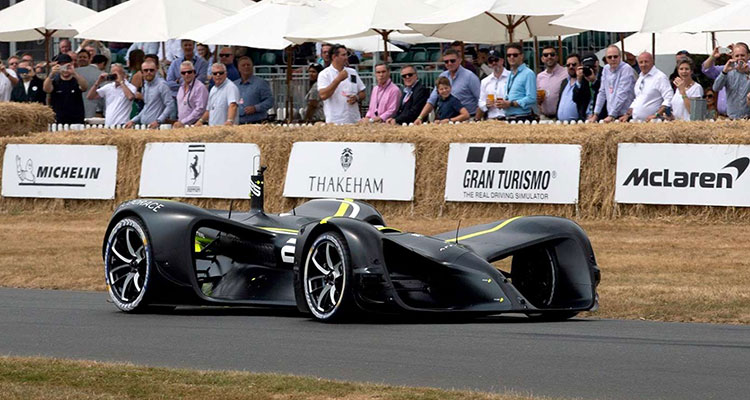 The Robocar has been in cautious development since 2016 with a few tests being carried out at various Formula E events since, including the Human + Machine Challenge this year in Rome featuring pro drifter Ryan Tuerck and a DevBot – the name given to the self driving test development car. The idea behind the DevBot is to allow teams to develop and enhance their software to be race-ready for the Robocar. The DevBot also has cabin space for a human. 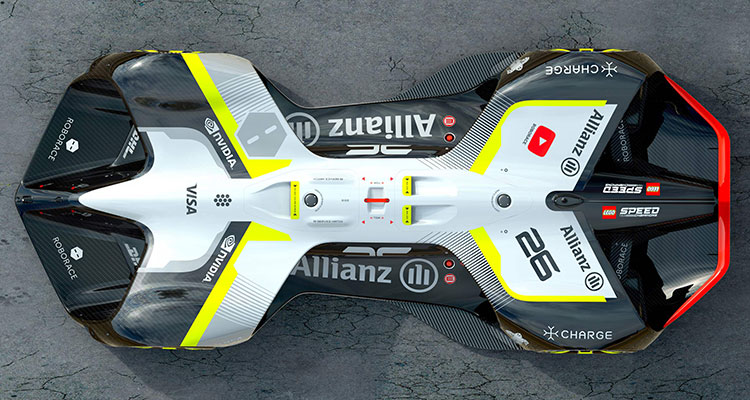 While many of the fears and doubts surrounding the safety of autonomous cars are being dealt with by the public being told that sensors do not fall asleep at the wheel, are not distracted and can react faster than a human, these technologies will be pushed to the limit on a race track with cars traveling in excess of 120mph jostling for position and overtaking. Roborace pair these sensors with cutting edge artificial intelligence technology in their pursuit of the dream. 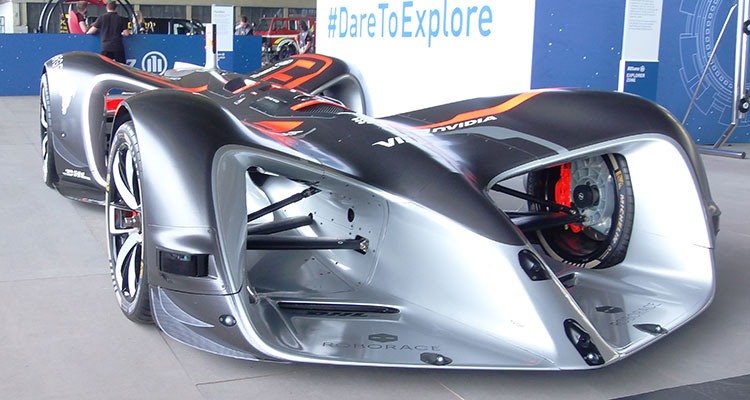 There is clearly a long way to go before the dream becomes reality, despite Bryn Balcombe, Roborace’s Chief Strategy Officer, stating that they are not far away technically from an actual autonomous race. The Goodwood demonstration was a conservative crowd pleaser, with the driverless racing car not completing the course ‘as the crow flies’ hugging the bends to achieve the fastest time and shortest distance possible.

Nor did it break any records, being capped at 125kmph (78mph), but this is maybe missing the point. The Robocar safely completed the course and demonstrated that the company is still on track to achieve its ambition of hosting of a completely autonomous electric racing championship at some point in the future. Obviously there will be no danger to drivers, as there will be none, but will there be enough excitement without the human element, or will it just be a form of robo-wars with less violence?