Exactly half a century has passed since Ferrari launched in Japan, and to mark the major milestone, a new, very limited series of bespoke cars have been revealed. 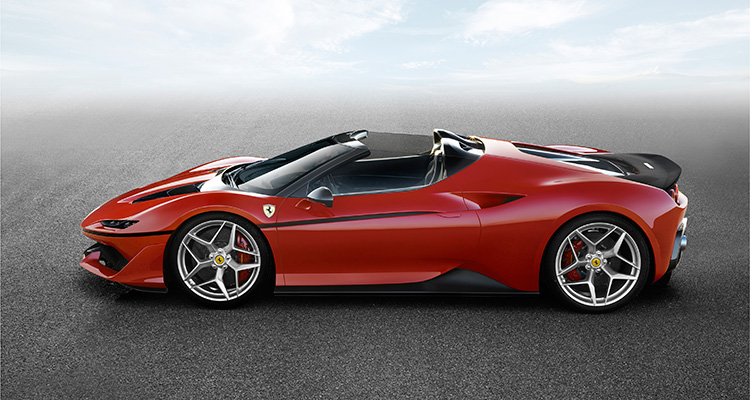 Based on the 488 Spider, the J50 is a two-seater, mid-rear-engined roadster with a targa body style that harks back to the revered Ferrari road cars from the 1970s and 1980s.

Under the bonnet is a specific 690 cv version of the 3.9-litre V8 that won the overall International Engine of the Year Award this year. 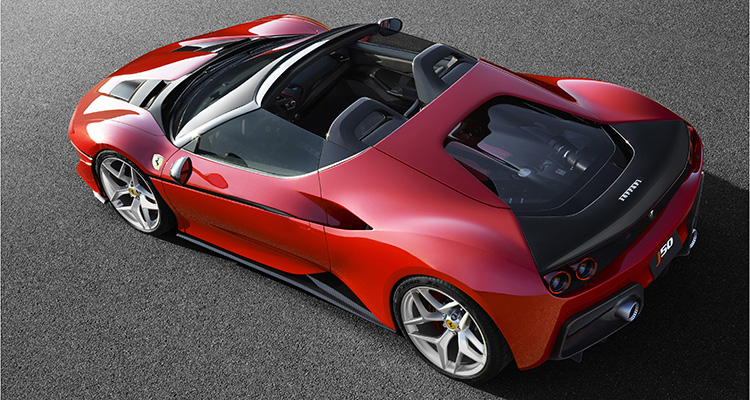 There are no hard performance figures to tell you as yet, but in the 488 Spider, this 660bhp unit – mated to an automated manual dual-clutch seven-speed F1 gearbox manufactured for Ferrari by Getrag – hurtled the car to 62mph in just three seconds. 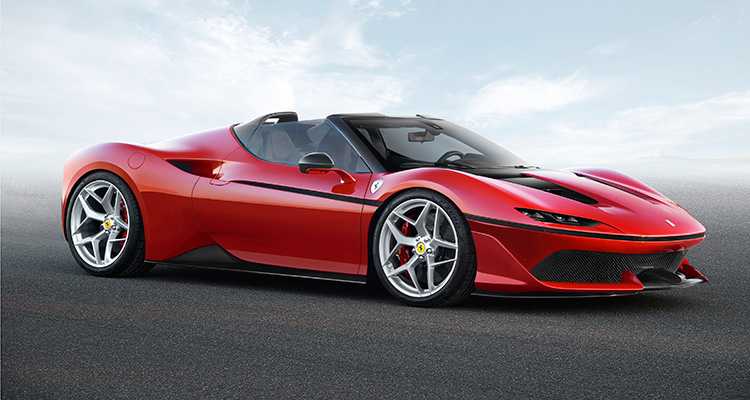 Design-wise, there’s a radically futuristic feel that was fuelled by the desire to create a very low-slung roadster that encapsulated Ferrari’s values of nimbleness and agility.

The slanted top edge of the side window flows out of the side of the windscreen, and the raked black line dramatically rises from the low-set nose until it vanishes into the air intake behind the doors.

Its bonnet is lower at the centre with raised wheel arch crests emphasising a muscularity typical of Ferrari.

Two carbon-fibre air channels in the front bonnet create an even sharper-looking front-end, underlined by the full LED headlights that feature a specific and very dynamic profile.

The top of the windscreen has been lowered too, increasing airflow. 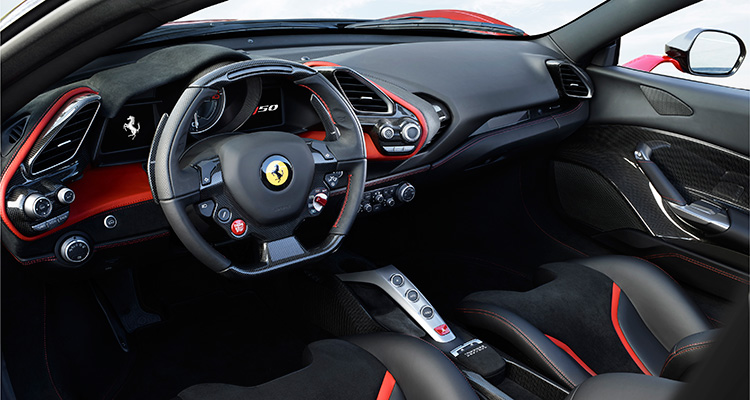 The rear is reliably aggressive too, with a quad taillight design that widens the car visually, while the look of the diffuser is suitably inspired by jet engine afterburners.

Finally, the car sits on 20-inch forged rims, crafted specifically for the J50.

Inside the cabin, the sports seats are covered in a trim that echoes the design of the rear bonnet contour. Meanwhile, the carbon-fibre hard targa top is split into two pieces that can be stowed behind the seats. 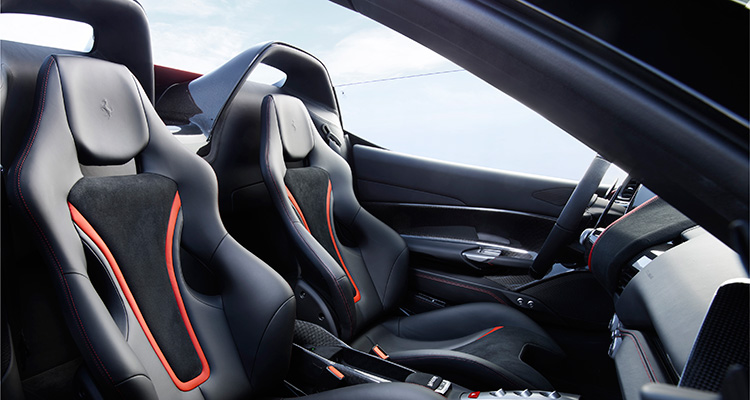 Finally, the J50 is finished in a special shade of three-layer red. With a red-over-black interior, trimmed in fine leather and Alcantara.

Only 10 will be built, with each going to Japanese customers for a fee predicted to be around £2.1-2.5 million.