Wrecked by accident, disaster or on purpose, these exotic motors met an untimely end…

If you think one measly McLaren or Lamborghini being wrecked in a crash was bad enough, you may not be ready to hear about the times where cars of similar expense were destroyed by the dozen. Imagine the car of your dreams being crushed, burned or drowned before your very eyes, then multiply that by 10. That’s what we’re about to show you. 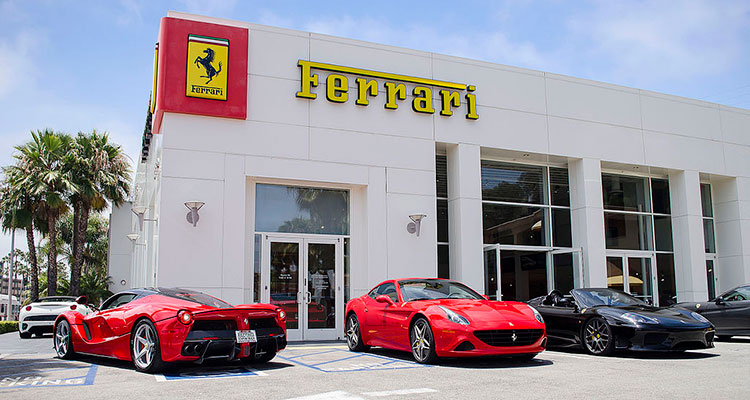 Natural disasters are no good for anyone, anything or anywhere and the ‘rari dealership in Kobe knows that as good as anyone. Roughly $9 million worth of fine Italian automobiles were destroyed by seawater as the typhoon punished Japan around the 4th of September 2018.

The luxury car dealership located on Rokko island was severely flooded, resulting in 51 of 53 Ferraris heavily damaged or completely destroyed. It may not sound like a lot, but 3 feet of seawater was enough to render these supercars irreparable. Not only was the water salty and able to get into every nook and cranny, but the showroom floor reportedly remained flooded for a few days, leaving the cars to sit in a rather costly salt bath. 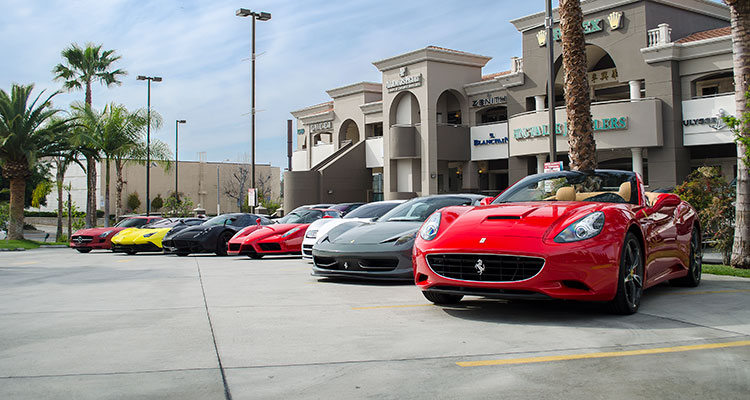 It’s common for cars to be destroyed during film production, but if they’re luxury cars they don’t normally destroy 15 of them! Race 3, a film that has a 2.1/10 rating on IMDB, is an Indian Fast and Furious copy full of guns, explosions and release in June 2018.

Salman Khan, who played one of the main characters, openly expressed his sadness for how they blew through fancy cars like they were nothing. Anil Kapoor also went out to say that around 15 luxury cars were destroyed. The film features brands such as Aston Martin, Maserati, Ferrari and Lamborghini. However, to see which cars were destroyed would require watching the film and after seeing the reviews, I think I’ll pass.

TVRs and Porsches go up in flames in Stourbridge, West Midlands 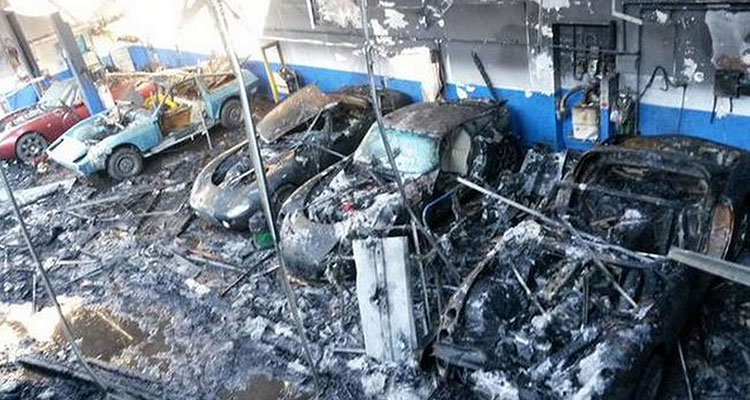 This terrible incident saw a vehicle repair garage here in the UK turn into a vehicle graveyard. The blaze lasted 3-4 hours and the result was 10 destroyed cars, comprising of a mix of Porsches and TVRs totalling over £600,000. As if TVRs weren’t rare enough!

Luckily not all the cars at the garage were destroyed, with the firefighters being able to save 8 other cars and fortunately, nobody was hurt.

As a no-nonsense method of sending a message to vehicle smugglers, President Duterte ordered for 68 cars and 8 motorcycles to be dramatically run over by various digger trucks. Only a small portion of them were “supercars” with most of them being sportscars or luxury saloons, but it’s a tragedy nonetheless.

A Lamborghini Gallardo, Porsches, Mustang, a classic Corvette and probably worst of all, a Nissan Skyline R34!